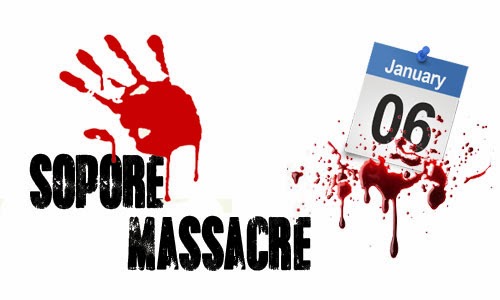 SOPORE, Jan 06 : To mark the 26nd anniversary of massacre, a complete shutdown is being observed in Sopore and its adjoining areas on Sunday.

On this day, in 1993, BSF men fired indiscriminately in Sopore market, setting shops, houses on fire—charring civilians to death. Total 55 civilians were killed in the massacre.
All shops and business establishments are closed while as very thin traffic movement is plying on the roads.

Reports said that Police and paramilitary forces are deployed in strength in the town to prevent protests against the killing of 57 civilians on this day in 1993.