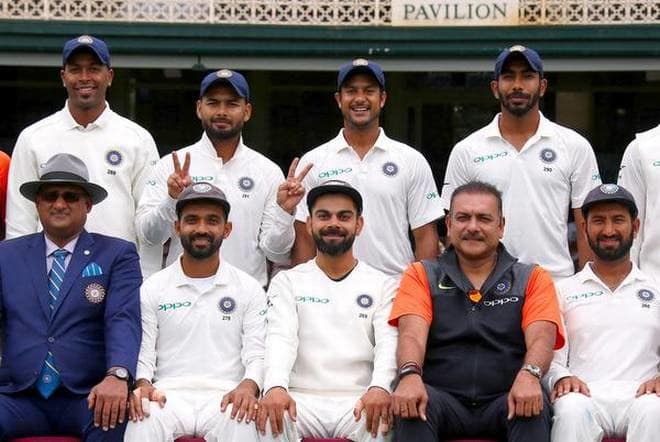 India scripted history winning the first ever series on Australian soil beating the home team 2-1 after the fourth and final Test ended in a tame draw due to inclement weather.

India scored 622 for 7 in their first innings and then bowled out Australia for 300 thereby enforcing the follow-on.

However persistent drizzle washed out day five thereby keeping the victory margin down to 2-1.

Coming into this fifth Test, India had an unassailable 2-1 series’ lead after winning the first Test in Adelaide by 31 runs and the third Test in Melbourne by 137 runs. Australia had won the second Test in Perth by 146 runs.

The morning began with similar murky clouds as seen throughout Sunday, and right at the supposed start of play at 10 am local time, rain arrived to prevent any possibility of cricket happening at the Sydney Cricket Ground.

The match was called off at 2.30 p.m. local time, with no possibility of further play.

Australia were reduced to 236-6 at stumps on day three when bad light had stopped play, and they were bowled out for 300 runs in their first innings on day four, when Kuldeep Yadav (5-99) picked his second five-wicket haul in Test cricket.

Only 25.2 overs were possible on day four as Australia were at 6-0 following on in their second innings when play was called off due to bad light.

Rupee spurts 33 paise to 69.39 against US dollar in early trade

I love Kashmir and its love for football: David Robertson