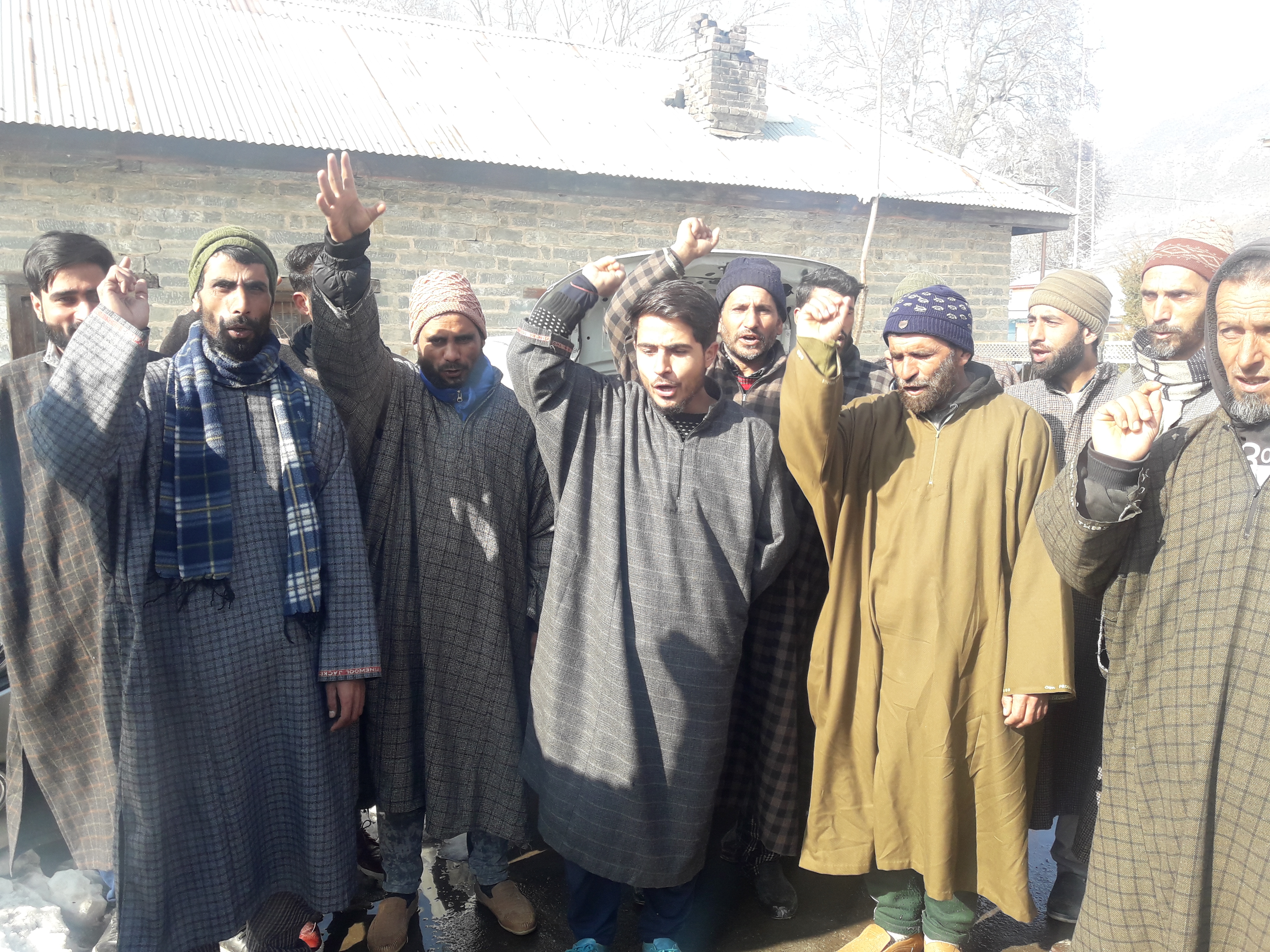 Baramulla, Jan 07 : A delegation from Rafiabad village on Monday staged a protest at DC office Baramulla in favour to highlight their grievances.

A group of people from Shutlu Rafiabad protests against PDD department and damanded upgradation of power transformer in the area.

While raising slogans against PDD the protesting delegation said that they are reeling under dark with the transformer in the locality which has been damaged for unlimitted times since past two years.

They said that the 63 KV transformer can’t bear much load especially during the winter, the protesters said that we pay electric fee to the department on time but our problem have never been solved despite approached our local MLA also.

Meanwhile the protesting delegation appealed DC Baramulla to look into the matter and provide them a high voltage of transformer sothat they will not face inconvenience.

Some PDP leaders approached Nagpur to form the government after Mufti’s death : Mehbooba

L.G Murmu announces advance salary for employees for the month of July