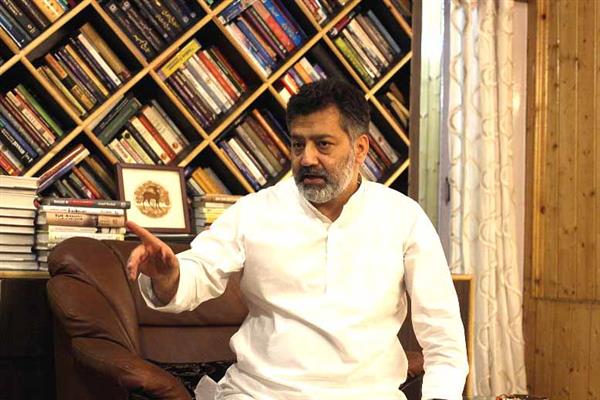 Srinagar, Jan 07 : Soon after the former chief minister Omar Abdullah reacted to the statement of PDP president Mehbooba Mufti wherein she called the leaders who resigned from the party recently as ‘garbage’, the former minister and senior Peoples Conference (PC) leader asked NC Vice president to stop childish theatrical performances.
The former minister Molvi Imran Raza Ansari in a reply to the tweet of Omar asked him that did you and PDP president not absolve each other of all the crimes that you both had alleged each other of.
“As u two were defending each other just a month back. Under the fig leaf of 35A, protecting autonomy and what not-did u two not absolve each other of all the crimes that u two had alleged each other of. Can we stop this childish theatrical performances. Get a life,” Imran wrote on twitter.

Major Shrines And Mosques In Srinagar To Have Upgraded Facilities

Body of man found, day after gunmen abducted him in Shopian