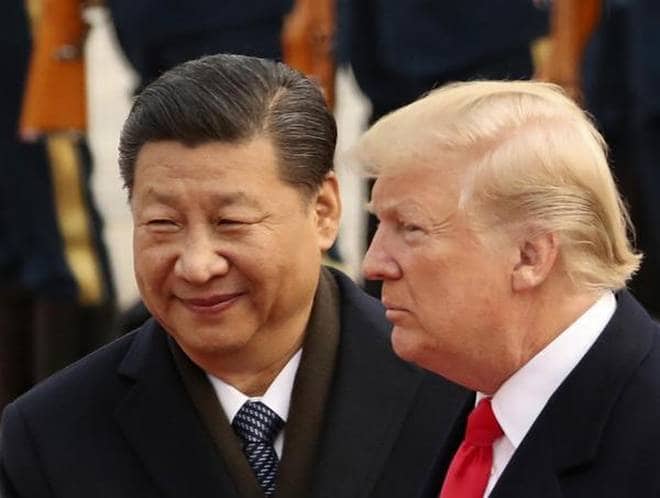 Delegates from the US and China on Monday began the crucial face-to-face negotiations here to ease a bitter trade war between the world’s two largest economies amid growing concerns about China’s slowing economy and its impact on American businesses.

The US and China have been locked in an escalating trade spat since early 2018, raising import tariffs on each other’s goods.

Last year, US President Donald Trump imposed tariff hikes of up to 25 % on $250 billion of Chinese goods. The move prompted China to increase tariffs on $110 billion of US goods.

Deputy US trade representative Jeffrey Gerrish is leading the US delegation at the two-day talks with Chinese vice-ministerial counterparts.

China is facing the daunting task of presenting a credible plan to meet Trump’s demands to cut down the $375 billion trade deficit.

Ahead of the talks, a Chinese government adviser on trade said, “The vice-ministerial talks won’t solve all the problems but both sides are expected to take the chance to check their respective demands and offers and to check any chance to reach a trade deal.”

“Both sides are close to finding a solution to address the trade imbalance,” the Hong Kong-based South China Morning Post quoted the unnamed adviser as saying.

Ahead of the talks, China softened its stand by offering a mix of concessions by resuming purchases of US soybeans, suspended punitive tariffs on imports of US cars and toned down its Made in China 2025 hi-tech policy.

Both sides have set March 1 as the deadline to defuse trade tensions.

Mr. Trump, who has been accusing China of indulging in unfair trade practices contributing to the huge trade deficit amounting to $375 billion, sounded positive note by saying that negotiations between the two sides were going “very well”.

“I think China wants to get it resolved. Their economy’s not doing very well,” he told reporters on Sunday.

“I think that gives them a great incentive to negotiate.”

Trump has already said he is ready to impose tariffs on the remaining $267 of annual Chinese exports to the US if the two sides fail to agree on a deal within the 90-day truce period.

The protracted trade war between the top two economies of the world is seen by many as a battle for global leadership.

Analysts believe the talks — the sixth round of negotiations between the two sides — are unlikely to produce a major breakthrough but will lay important groundwork for an agreement that both sides appear increasingly eager to reach.

Chinese economy grew at 6.5 % in the third quarter posting slowest growth since 2009 as it grappled with the intensifying trade war with US and the mounting local governments debt which rose to $2.58 trillion.

On the contrary, the US economy on a path of recovery grew at an annual rate of 3.4 % in the third quarter and unemployment is stated to be at a five-decade low.

In his New Year address, Mr. Xi said despite the slowdown the Chinese economy stayed within a reasonable range in 2018.

Adding to the worries, China’s stock market became the world’s worst performer last year, ending with a loss of 28 %.

American companies like Apple and FedEx have already attributed lowered revenue estimates to the trade war with China. And many large American companies — like Caterpillar, General Motors and Boeing — view China’s market as critical to future growth.

Chinese experts say the talks are expected to deliver specific commitments to expand market access, improve protection of intellectual property rights and reduce the trade surplus with the US, but it would take time to reform state-owned firms — another major source of friction.

“It is time for both countries to work out a clear road map on what can be done,” Renmin University international relations professor Wang Yiwei told the Post.

J&K is and will continue to be an integral part of India, says IFS Vimarsh from Jammu at UNHRC

Turkey announces to stand by Pakistan against Indian aggression