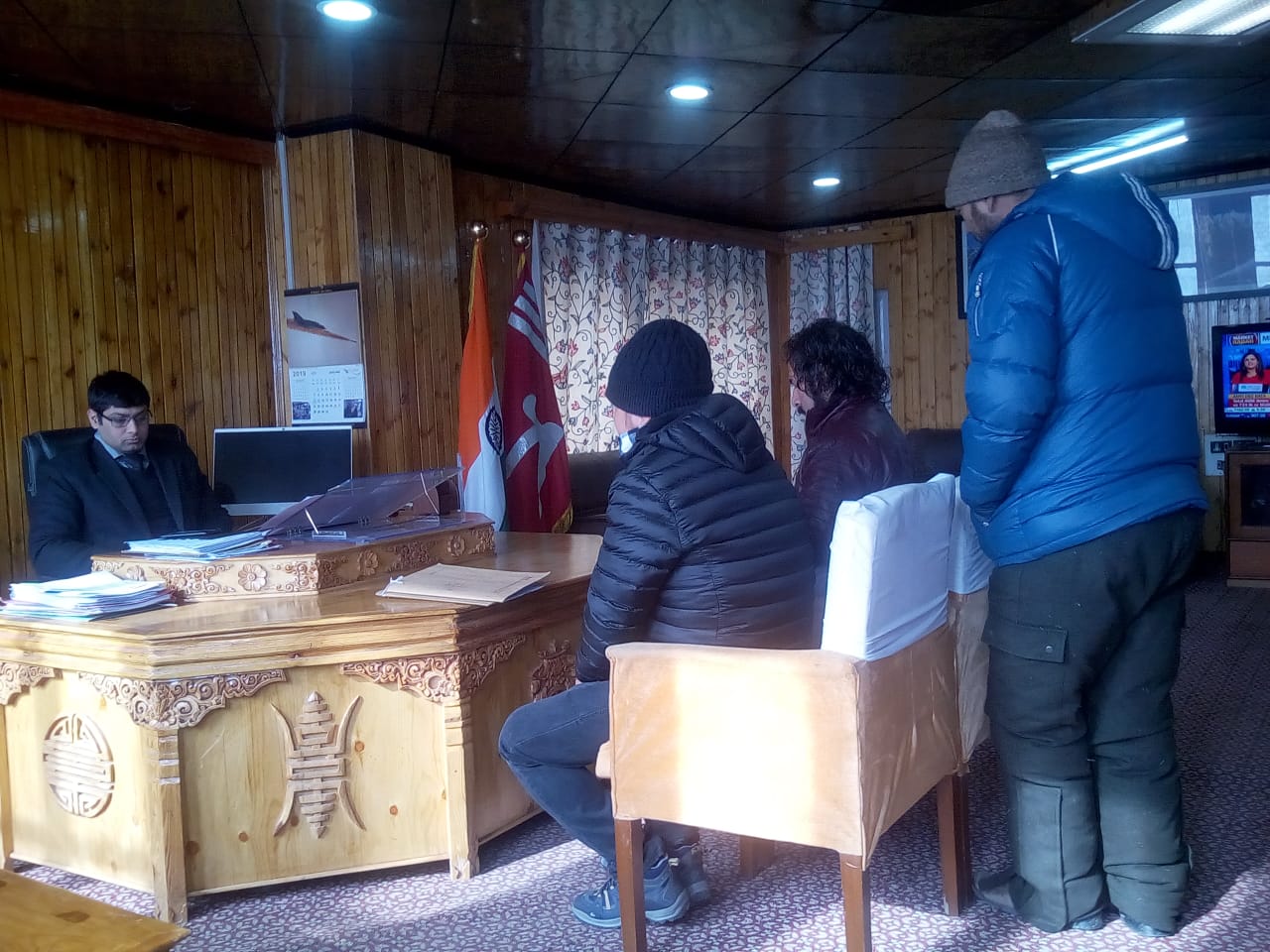 Kargil,8January 2019:Shri Abdul Hadi Leader of Greater allaince called upon with SRTC Manager Mohammad Hussain on Tuesday in Kargil.
Accompanied by Panches and Surpanches of the area on the call of People of the area and appraised him about  the problems being faced by the People due to non availability of Bus service for suru area from the last one week.
The manager informed the delegation that due to non availability of fitness to the Buses, the Buses couldn’t ply on the roads.
The delegation later called with the Deputy Commissioner/Chief Executive officer LAHDC/Kargil Shri vikas kudal (IAS)for early redressal of the issue of service bus to the area as the people of the area is facing transport problem in these winter months.
The Deputy Commissioner kargil Shri vikas kundal(IAS)  on spot directed the Additional Deputy Commissioner and ARTO Kargil for early redressal of the issue
ARTO Kargil informed the  deligation that unless the fitness issue and the Speed Govenor of the vehicles are not done with ,we can not issue permision to ply these SRTC buses .
The ARTO Kargil Khadim  Hussain  however assured the Delgations that they will arrange a private bus Service to the area for the benefit of the general masses till the issue of these SRTC buses are sorted out.
Later the manager SRTC Kargil assured the Delgations that they will run one SRTC bus till Parkachik and will ply the arranged Private Bus Service upto Panikhar and assured that there will be no problem of Service for the people of the area.
In this regard Shri AbdulHadi thanked the Administration and ARTO Kargil for on spot redressal of this important public grevience.
previous post