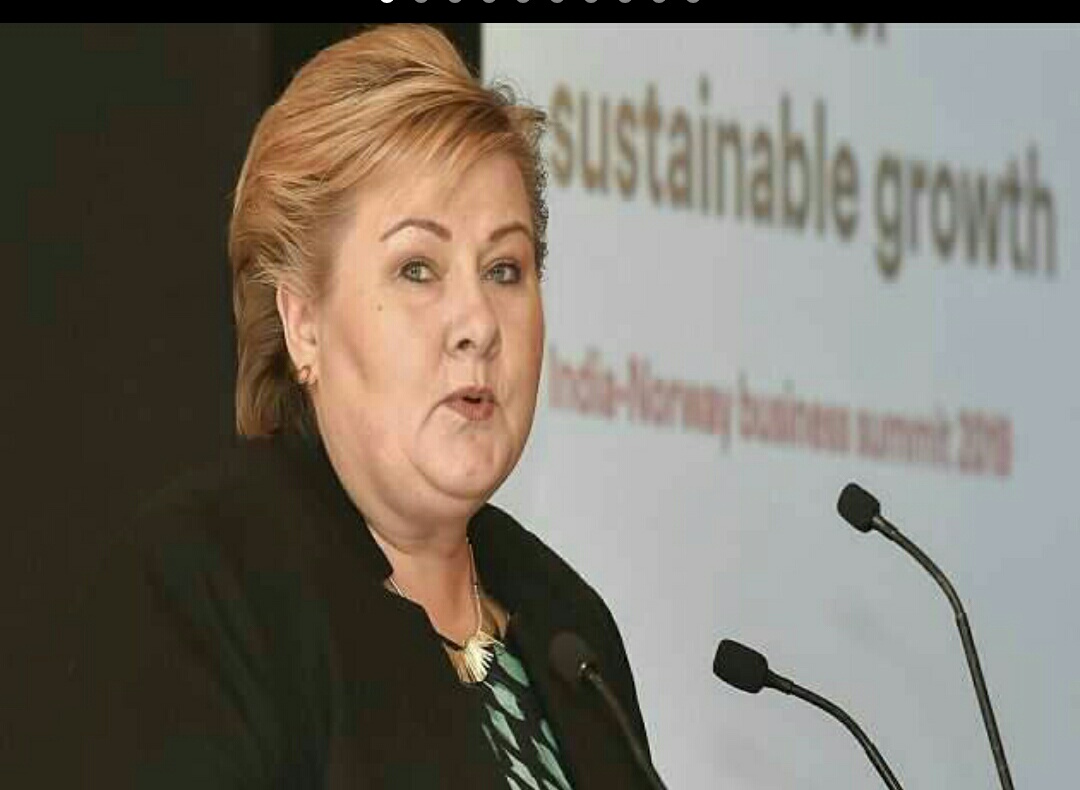 Prime Minister of Norway Erna Solberg Monday said her country was willing to mediate between India and Pakistan to solve tangled Kashmir problem provided both sides wanted the same.In an interview with NDTV, Solberg said the Kashmir problem could not be solved only from a military standpoint, and that popular support was also important.When asked if her country saw any role for mediation between India and Pakistan, Solberg said, “If there is an interest from the partners, we will try to use the mechanisms that we know. We have been working quite a lot in different countries but we always have this one basic thinking. The partners need to want

to sit down by the table and discuss. Then of course if there is a need for a mediator, a need for a facilitator to fix, even though these are two very big countries that should manage to sort out things between themselves.”On November 23, former Norwegian Prime Minister KjellMagneBondevik had met two top Hurriyat leaders Syed Ali Geelani and Mirwaiz Umar Farooq who briefed him about the “fragile” political situation in Kashmir and the need for a resolution of the Kashmir issue. Bodevik had also visited the capital of Pakistan-administered Kashmir Muzaffarabad, and discussed the “latest situation” in Jammu and Kashmir with the PaK president SardarMasood Khan. Bondevik had also said that international community is interested in Kashmir and that he was willing to mediate between India and Pakistan over the long-pending dispute.According to NDTV, when the Norwegian premier was asked on ex Noway PM KjellMagneBondevik view that there can be no military solution to Kashmir, Solberg reiterated, “I don’t think there is a military solution to any situation like this. I think you have to have a popular support. You have to have good trust between the partners in any region where still there is a conflict but we don’t have a special meaning about whether it is a military solution in Kashmir or not. What we have learnt is that you have to bring in popular support and by getting women and youth into a peace process and that’s when you build a solid peace in an area where there have been a conflict.”Solberg said the former PM’s visit to Kashmir was strictly a private one, which did not involve either government. “He was invited and he wanted to see if there were some possibilities of helping out but there was no official mission and he was not on a mission from the Norwegian government,” Solberg was quoted as having said by NDTV.She also said India and Pakistan should be talking more to each other and should decrease military expenditure “because we need more money for other areas to boost development – on health, education, but I think that means that you have to try to decrease tension between countries. After such a long time. It’s a long time since 1947.”

World must be better prepared for next pandemic, says WHO chief