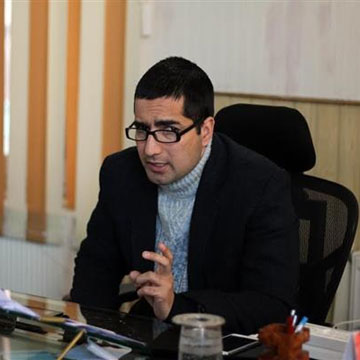 Srinagar, Jan 10, : Day after quitting the service, IAS topper Shah Faesal on Thursday invited the Kashmir youth to a meeting in Srinagar to give him ideas, saying his ‘choice of politics will be decided by real people.’

In a Facebook post, Faesal said his future plans after quitting the service would also depend on people of Kashmir.

He said he has an idea how can he do, but he wanted ideas too from the people before taking any final decision.

“As of now I have quit the service. What I am going to do hereafter also depends on what people of Kashmiri want me to do. More so the youth.  I have an idea how I can do it. I am sure you have ideas too and you want me to factor those ideas in before I take a final decision,” Faesal said.

He said: “If you are ready to come out of Fb/Twitter and show up in Srinagar tomorrow, we could think this through together. My choice of politics will be decided by real people not fb (Facebook) likes and comments.”

“I will share the venue details after I know who all are coming. Let’s see out of those hundreds and thousands how many are ready to walk the talk. Don’t tell me later that I should have asked the youth first. Thanks.”

On Wednesday, the 2009-batch IAS officer Faesal had resigned from the elite service while citing “unabated killings in Kashmir and lack of any sincere outreach from New Delhi”.