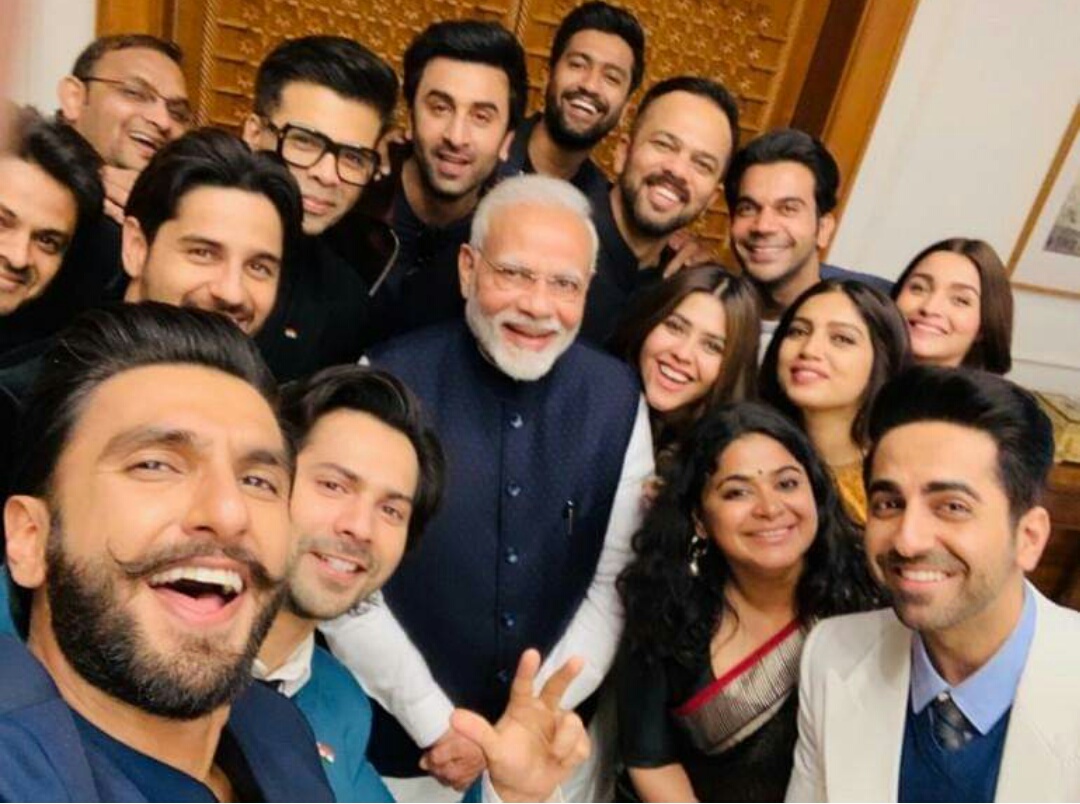 Dressed in their best, an array of young Bollywood actors including Ranveer Singh, Ranbir Kapoor, Ayushmann Khurrana and several others flew down from Mumbai to Delhi to meet Prime Minister Narendra Modi on Thursday morning. The meeting was organised by director-producer Karan Johar and film presenter and producer Mahaveer Jain.

Filmmaker Karan Johar shared the photo on his Instagram account and thanked the Prime Minister for his time, “Powerful and timely conversations can bring about change and this was one of what we hope will become a regular conversation. Meeting the Honorable Prime Minister @narendramodi today was an incredible opportunity.”

“As a community, there is a huge interest to contribute to nation building. There is so much that we want to do. And can do and this dialogue was towards how and what ways we can do that. When the youngest country (in demography) joins hands with the largest movie industry in the world, we hope to be a force to reckon with. Together we would love to inspire and ignite positive changes to a transformative India,” wrote Johar.

“The film industry would also like to send a huge thanks for the GST reduction in movie ticket prices that was implemented recently! Thank you so much for your time, Sir!” he added. Johar posted the same photo on his Instagram story too, saying, “United we stand!”

Kher on Zaira’s bollywood exit: “Not her own decision”

Akshay Kumar to play Prithviraj Chauhan in biopic, film to release on Diwali 2020