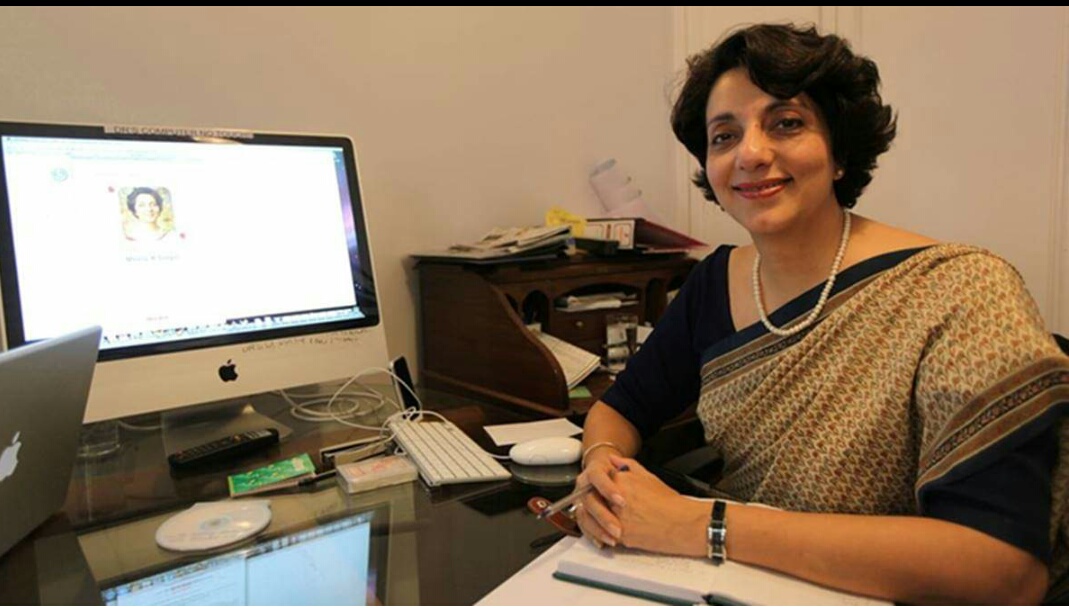 Former banker and Aam Aadmi Party (AAP) leader Meera Sanyal passed away Friday after battling cancer for a brief period, AAP’s official twitter handle tweeted. She was 57.  Sanyal, who earlier served as the chief of Royal Bank of Scotland, resigned from her position to join AAP in 2013.

She also contested in the 2014 Lok Sabha elections from Mumbai South constituency. Sanyal, who was a noted figure in the economic circles, was awarded as Philanthropist of the Year by Federation of Indian Chambers of Commerce & Industry (FICCI) in 2011.

As an AAP activist, Sanyal was instrumental in the petition that challenged Mumbai Port Trust’s handling of coal imports in Mumbai’s Haji Bunder port area. She pointed out that the area spread across 25 acres was facing environmental and health threats due to negligence on the part of MbPT.
AAP supremo Arvind Kejriwal stated that he was extremely saddened by Sanyal’s demise. Delhi deputy CM Manish Sisodia tweeted that ‘the country has lost a sharp economic brain and a gentle soul. May she rest in peace!” Sanyal’s Congress opponent in the election of 2014, Milind Deora, told The Indian Express that he is in Dubai and has just heard of her passing away. “I wish to convey my condolences to her family,” the former union minister told The Indian Express.

The AAP leader entered the electoral fray around the time when civic activism in Mumbai was peaking. “She showed the way for clean politics when she entered the contest as an independent in 2004. Mumbai has lost one of her greatest daughters. I have lost a mentor. She elevated the discourse on a range of subjects she got involved in,” said Ruben Mascarenhas, national joint secretary of AAP.

Vice Admiral (retd), president of APLI Mumbai, a non-governmental organisation, hailed Sanyal’s ability to bring together people from diverse walks of life with the objective of formulating public policies. “She had charisma to attract the young talent, old people and others to formulate the public policies,” said Rao.

Srinagar markets to open for 3-days with guidelines: Div Com

Two years on, Govt fails to conduct audit of buildings to resist calamities