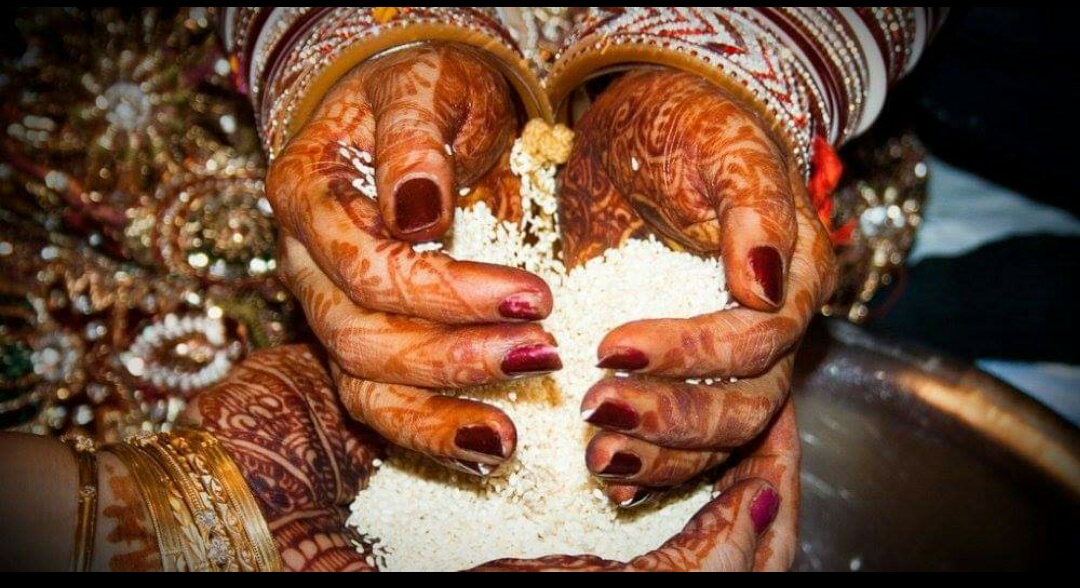 It was an arranged marriage but, that’s ok! I was mentally prepared for that since my childhood, this has been the tradition of our family, only parents or elders have this right to choose a life partner for us. A trend which has passed on from one generation to the other.

I entered the guest room with the tray of chai and biscuits… it was full beyond its capacity, there were around 20 people in the room, including my own family members. They were all looking at me. Of course, the boy’s side of the family was staring at me from head to toe as if they had the right to, but yeah, actually they had been given that right! This is what they had come for. Anyway, continuing the show, I placed the tray on the table and walked out of the room as fast as I could. A few minutes later, they called me again. My Dada ji called me this time and I couldn’t refuse. I went back to the room with all eyes on me again. One of the onlookers inquired about my education, the second about my job and many others about my studies and work. What amuses me the most in hindsight is, that nobody asked me if I could cook, considering that is the most crucial factor for them, something I realised eventually.

One weak later, my father got a phone call. It was a ‘yes’ from the other family, and now they wanted to know our answer. My father said “yes” within a second. He didn’t feel the need to ask me anything. My then would-be husband’s family was looking for a well educated, fair, slim girl with a decent height. Someone told me that he had seen four or five girls before me. We didn’t get a chance to even talk to each other, or probably he didn’t feel the need to talk. The search was finally over. He wanted a beautiful girl and my father wanted a rich family for me. Wow, what a great combination!

It took me a little while to accept the fact that I was getting married to a person I had no idea of. “When there are no choices, don’t think much, just go with the flow,” is what someone once told me. So, the preparations started. I was happy because my family was happy after a long time, and that was enough for me, I guess.

The second call my father received was for the engagement preparations. We were told that there would be around 250 guests from my fiance’s side so that we could prepare accordingly. My father again said ‘okay’ without consulting anyone in the family. But I put my foot down this time. I tried to make him understand that spending so much for an engagement ceremony was pointless, since we had to organize the wedding for the very next month, as it is. My father, of course, lost his temper and said, “Hum ladki wale hain, we have to do whatever they demand.”

Because his family was wealthier than ours, my father wanted to do the best he could do. I told my father many times that I wanted a simple wedding, but he didn’t want to listen to me. I talked to my fiance’ directly about this, told him I was against a big engagement ceremony and that he should convince his family against it. Luckily, he tried and the number of guests was reduced to 8-10, which was okay with me. So we got engaged.

We had to present clothes to everyone as a wedding gift. My parents were in the middle of the preparations when they got a call one day and were asked to gift double sets of clothes to the boy’s side of the family, because many of them missed the engagement. I was shocked! My father looked at me with anger and said, “I told you, it would have been better if we had agreed previously.” I didn’t know what to say.

My father didn’t spend a single rupee for his own clothes and he gave Rs. 50,000 to the groom for shopping. He spent his life savings and even borrowed money from everyone he thought he could. My heart felt heavy.

The wedding day was the biggest ceremony in my family and even in my village. The guest list touched 6,000. Everyone one seemed happy, but honestly, I was not. I was smiling throughout, but looking at my father’s face bothered me. I wanted to ask him, “Why are you doing this? Just to please the society? Just to please the ladke wale, who never appreciate all that you do, even after doing much more than your capacity?”

My father spent more than Rs. 30 lakhs, which was a waste for me, I know he thought otherwise, that my in-laws would be happy, that they would praise him or me, but no, that never happened. They were too busy finding flaws in me and the wedding.

Dear Papa, you spent a huge amount of money for my wedding, but it doesn’t give me the happiness I required, it only burdens me. I never wanted this and I still regret it till date…only I know how much you have struggled, just to make others happy, just to make my wedding the most memorable. But you never understood that this would never make me happy!