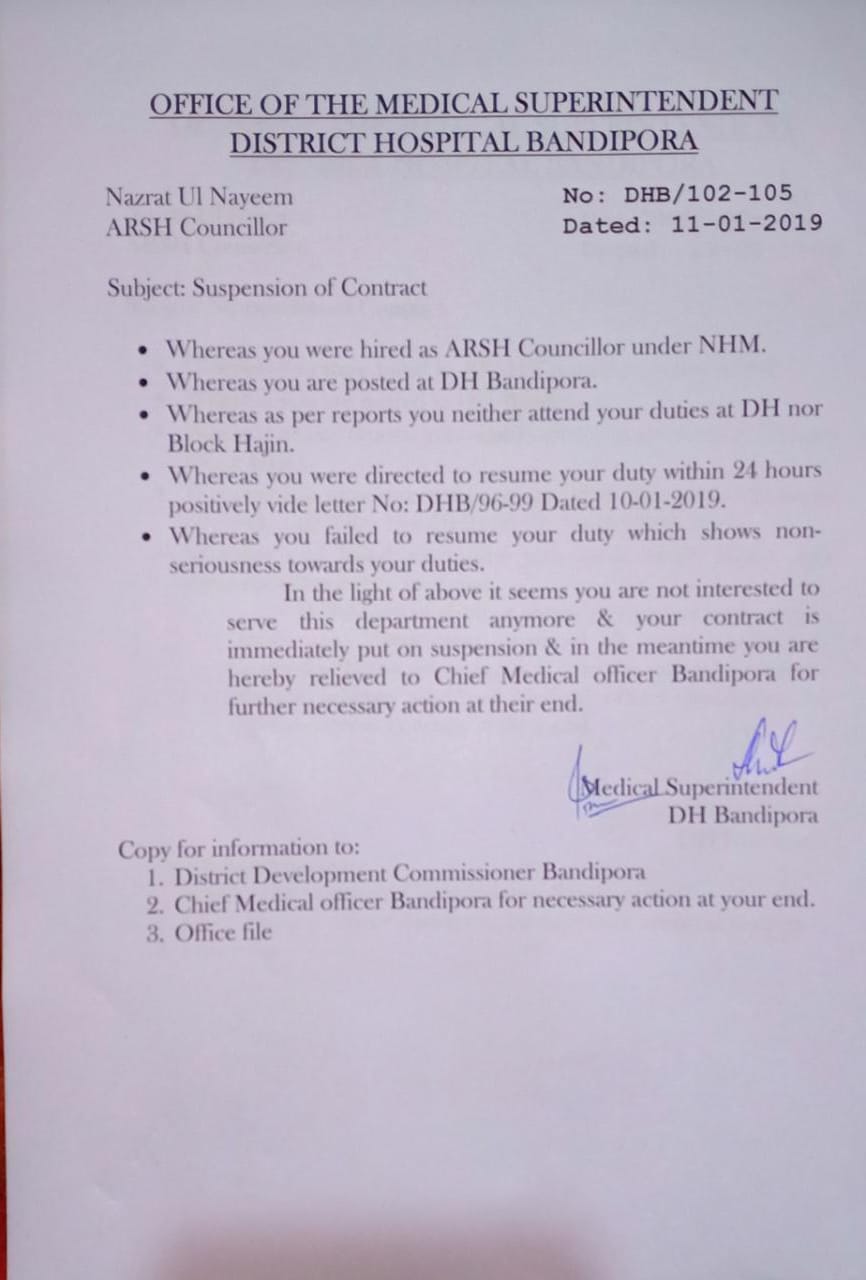 Medical Superintendent in his order’s vide No DHB/106-109 Dated 11-01-2019 which reads that Abida Yousuf (JSN DEIC) and Aqila Fazili ( DEO DEIC) attached both to Chief Medical Officer’s Office for necessary action at their end “Whereas as per reports you are unauthorizely absent from your duties. Whereas your absence is creating lot of in-convience to DEIC Patients”reads the order.

Another Order vide No: DHB/102-15 Dated 11-01-2019 reads that Nazrat Ul Nayeem ARSH Councillor, whereas you were hired as Arsh Councillor under NHM. Whereas as per reports you neither attend your duties at diatrict hospital Bandipora nor Hajin. Whereas you were directed to resume your duty within 24 hours positively vide letter No: DHB/96-99 Dated 10-01-2019 whereas you failed to resume your duty which seems non seriousness towards your duties. In the light of above it seems that you are not intrested to serve this department anymore and your contract is immediately put on suspension and in the meantime you are hereby relieved to Chief medical officer Bandipore’s office for necessary action at their end reads the order by the Medical Superintendent of Bandipora district hospital.

An official confirmed that the step has been taken for dereliction of their duties.

Advisor Sharma to meet people on Aug 7, People to seek prior appointment from Advisor’s office

Mirwaiz defies house arrest to march towards army base, detained