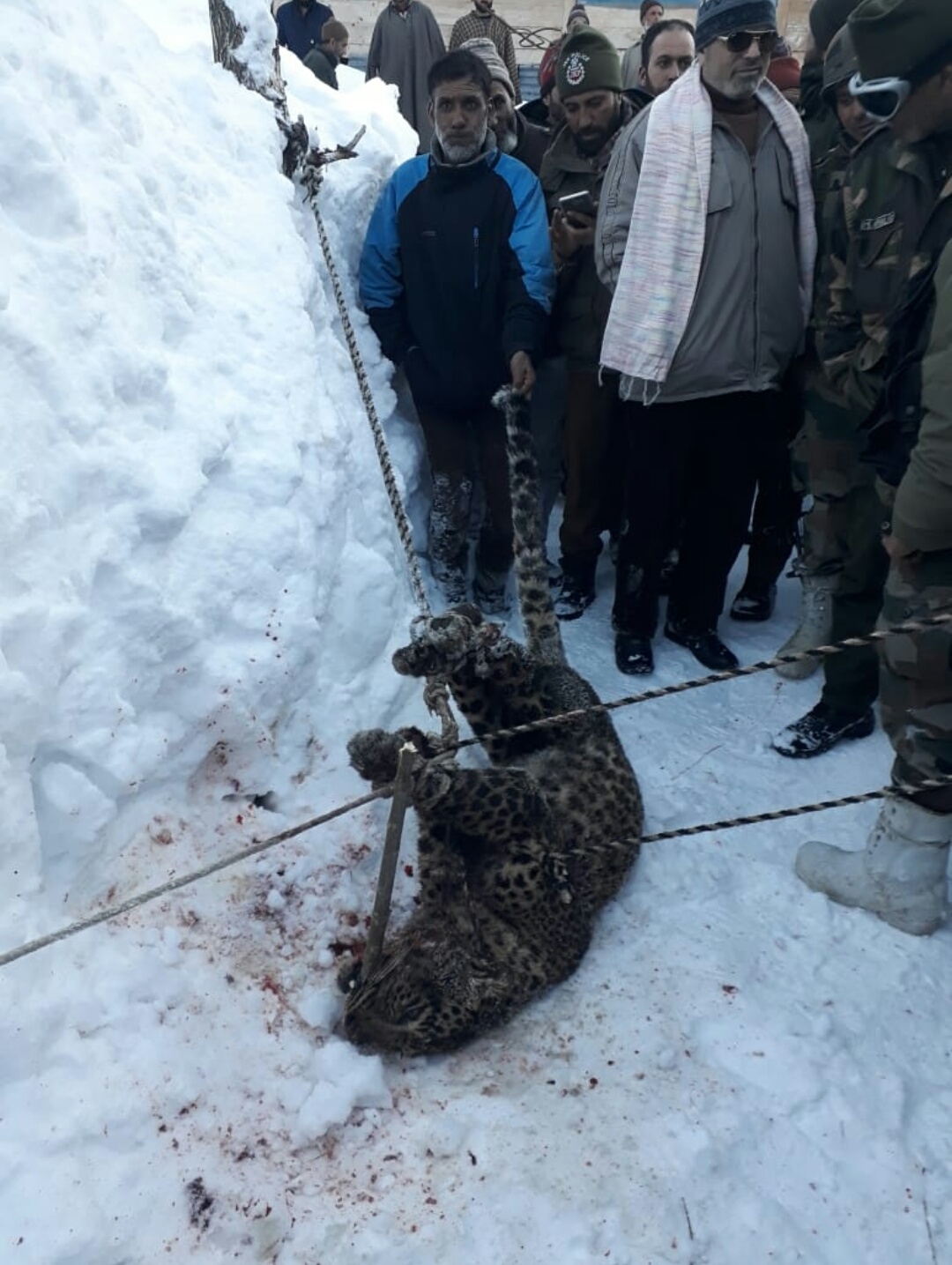 Suhail Khan
Bandipora, Jan 14 : A leopard was caught alive by the locals of Bagtore village in North Kashmir’s Bandipora village on late Sunday evening.
Reports said that after injured two persons a leopard was later caught by police with the help of locals in Gurez village of Bandipora on Sunday evening.
Reports said that the leopard was later shifted to Police Station Dawer.
Pertinently on earlier Sunday two persons including a woman were injured after they were attacked by a leopard in Kuragbal Dawar village of Gurez.
previous post