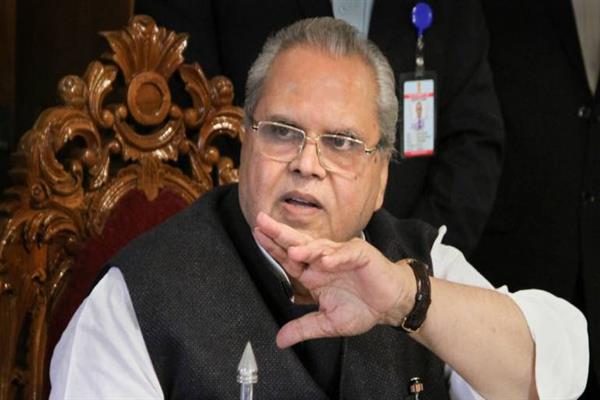 JAMMU, Jan 16 (ANI): In an outreach to the Hurriyat, Jammu and Kashmir Governor Satya Pal Malik on Wednesday said he was available for the separatist grouping if it wanted to flag any “injustice” meted out to common people but ruled out any political discussions, saying it is the mandate of the Central government.

“Hurriyat should not consider me an alien,” a national news agency ANI said while quoting the Governor. He said the Hurriyat must approach him directly with matters pertaining to atrocities and injustice to the common man if they come across any such situation.

“As I am available to a common man, I am also available for the Hurriyat.  If some incident takes place regarding atrocities on residents here, I will, with my full force, make efforts to deliver justice,” Malik has said.

“I respect the senior leaders of the Hurriyat and will treat them the way I am treating the common man,” he added. At the same time, he made it clear that his discussions with the Hurriyat will not be political in nature.

Jammu and Kashmir is under President’s Rule since December 20, imposed after the expiry of six-month Governor’s Rule. The Governor’s Rule was imposed in the state on June 19, last year after Mehbooba Mufti resigned as Chief Minister following BJP’s exit from the alliance with the People’s Democratic Party (PDP).

The BJP and PDP, despite having ideologically diverse views, had formed a coalition government in 2015 after the state elections threw up a hung assembly. The BJP had 25 seats in the Jammu and Kashmir Assembly while the PDP had 28. This is the fourth time in the last 10 years that a Governor’s rule is imposed in the state. (ANI)

10 killed in explosion at shop in UP