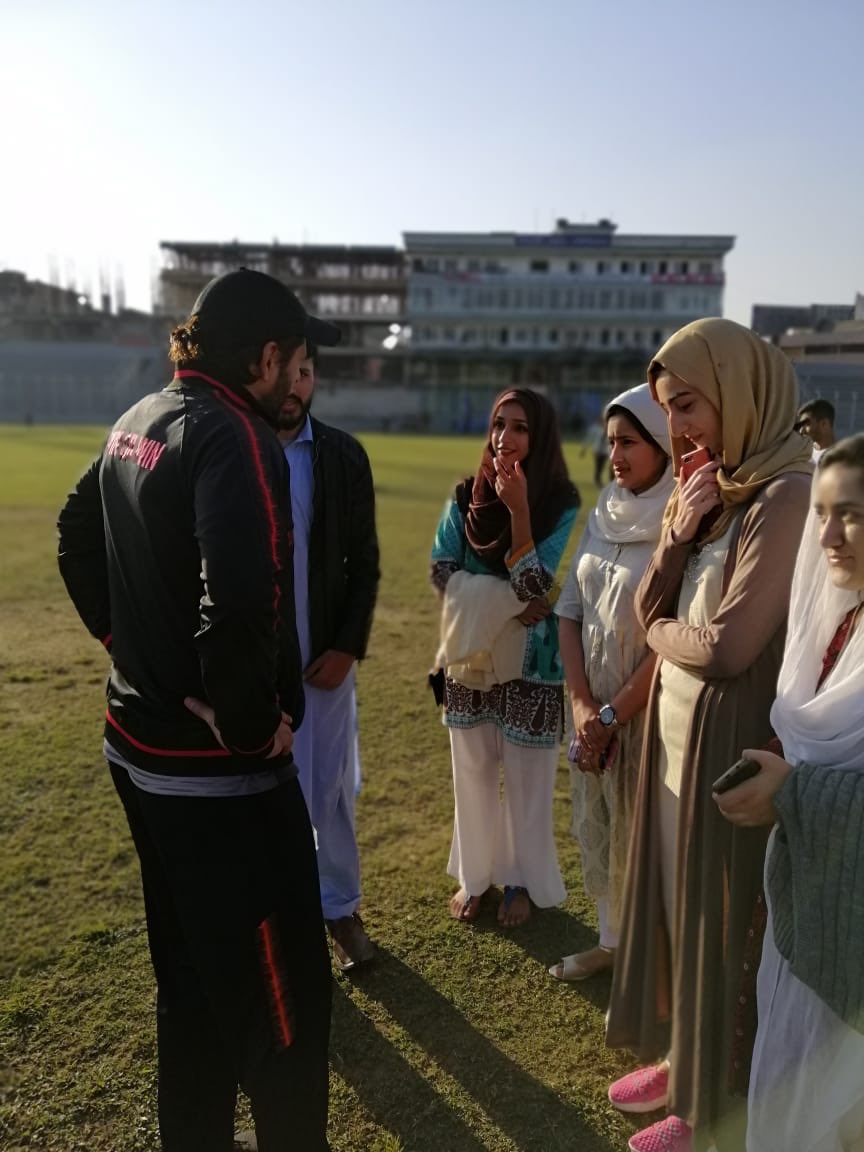 Pakistani cricket star Shahid Khan Afridi on Thursday said that that it was heartening to meet some Kashmiri students pursuing MBBS in Bangladesh.

Taking to social networking site Twitter, Afridi wrote: “Heartening meeting with some Kashmiri students who are in Bangladesh on scholarship, studying Medicine. Keep up the hard work and making your people proud.

However, Afridi had earlier urged the United Nations to intervene in Kashmir to stop the killing of Kashmiris.

“Appalling and worrisome situation ongoing in the Indian Occupied Kashmir. Innocents being shot down by oppressive regime to clamp voice of self-determination & independence. Wonder where is the @UN & other int bodies & why aren’t they making efforts to stop this bloodshed?” he had written on Twitter.

India, Pak should engage in ‘meaningful dialogue’ to resolve their issues: UN chief

Trump to have trilateral meeting with Modi and Abe in Argentina

Kashmir issue should be resolved according to UN resolutions: Turkey