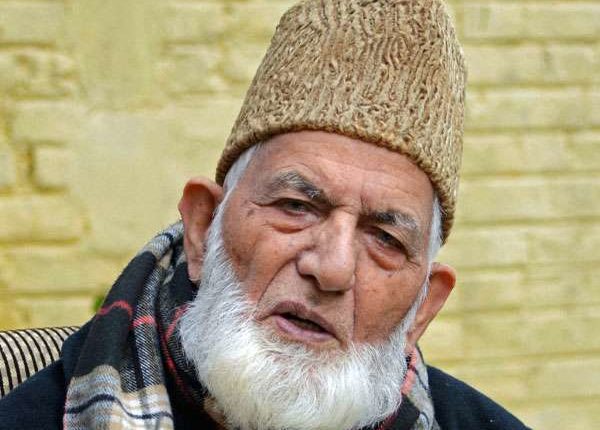 Srinagar, Jan 17 : Seriously concerned about the prolonged detention and the ill-treatment meted out to Hurriyat leaders in and outside jails especially in Tihar, Hurriyat Conference (G) chairman, Syed Ali Geelani said that Peer Saifullah’s health, presently lodged in Tihar jail, has deteriorated to the extent that he felt unconscious and had a fall in bathroom. Despite his grave health condition, he was not shifted to any hospital, but taken to a nearby dispensary.
Hurriyat (G) chairman termed this inhuman and biased treatment to prisoners as gross violations of not only human rights but disobedience of the norms of jail manual as well.
Pro-freedom leader said that Peer Saifullah is already a patient of Brain Tumor and has been operated two years back, but occupation forces and their local stooges stoop so low that they didn’t spare a cancer patient and lodged him in far flung jail with no legal proceedings.
He said that NIA framed fictitious and false cases against pro-freedom leaders and arrested them which include Shabir Ahmad Shah, Altaf Ahmad Shah, Ayaz Akbar, Peer Saifullah, Raja Mehraj-ud-din Kalwal, Dr. Gh. Mohammad Bhat, Shahid-ul-Islam, Nayeem Ahmad Khan, Farooq Ahmad Dar, Syed Shahid Yousuf, Syed Shakeel Ahmad, Zahoor Ahmad Watali, Asia Indrabi, Nahida Nasreen, Fehmeeda Sofi, but these oppressive and coercive measures will never deter us from pursuing our struggle for justice and our basic rights.
He appealed global human rights organization, Asia Watch, Amnesty International, Red Cross and others to at least show their concern for these inhuman actions by India, to safe guard the life of thousands of our prisoners who are forced to live under constant mental, physical and psychological stress thousands miles away from their homeland.

Civilian killed on LoC in Uri