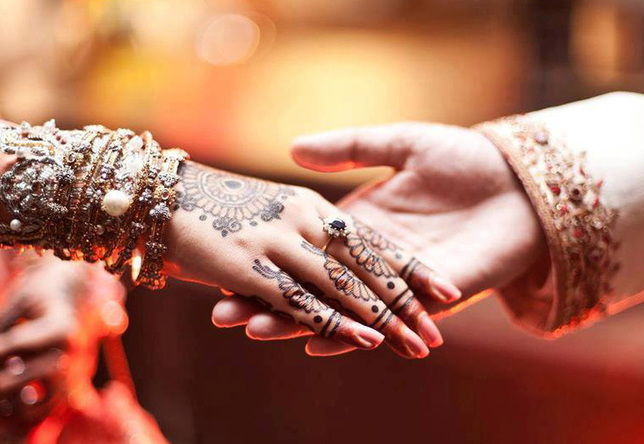 There are certain requirements without which we cannot live: be it air, food, sleep. And, in the same way copulation constitutes a part of our life. It may sound obnoxious word to some, but its truth—a universal truth. Every one of us have that type of urge, and it can’t be denied.

God has bestowed us with the quality (libido) so that we can sustain human life in this world. Today we are young, but in the comings years, we surely would be old with great hair, wrinkles all over the body. The stamina, sense of exuberance, way of talking, style of walking—all wouldn’t remain same. We will die, and the fact can’t be undermined.

Anyways, from the foregoing points arise two questions: number one, how should that God-given quality (libido) be used—what’s the right way to utilize it. Number second, how can the same continue to retain all these features (stamina…) which we have as of now? Yes, it is possible.

The former should be done by getting married which is a complete institution & combines two souls legally. Every religion, legislature, philosopher, historian believe in marriages; how it bring merriment & benefits to people—

However, it should be put into a matter of subject that what results of not getting married bring forth so as to understand the importance of marrying per se. It’s seen that one who deny to get married ends up doing all the vile activities, or what we say `Satan sharminda huwa insaan ki harkatu say’ (Even a Satan was ashamed by virtue of human activities), which include raping, molesting, groping, murdering that of infants etc.

Recently an infant was found in a sack near L.D Hospital which has sent shudders down our spine. This could’ve have surely been happened had they have married when everyone would accept it to be blessing through the pure bond. One life could’ve been saved. Killings of one being is equivalent of killing the whole humanity! There are hundreds and thousands alike incidents happening in the world (reports say). What should be put at fault? What’s the solution?

Marrying, besides refraining us from doing these sort of nefarious activity, has other advantages as well. Here I do enlighten the eternal perks of the same (latter part of the third para). That how would you continue to live in this world after death. It may seem nonsense to some. But, it’s logical & scientific too.

Modern science says that after copulation the chromosomes (features) of each partner get transmitted into the foetus. This implies that you would find yourself alive after death in the form of your offspring regardless of gender. How unfortunate those are who want to terminate their belongings, & don’t wish to see them in children thereof just by deny marrying or filicide (even married ones are used to doing it when they hear the news of their infant to be a girl).

Quoting Shakespearean sonnet 2 in which he beautifully answers all the queries, vile activities, & clear us from the confusion (which seem to have prevailed all around) –

“…This fair child of mine
shall sum my count, and make my old excuse,
Proving his beauty by succession thine!
This were to be new made when thou art old,
And see thy blood warm when thou feel’s it cold.”

God has bestowed on us sensuality with a purpose. But, we are used to defiling it every now and then, & the ways seem manifold!  A good way to relish the blessing is by getting married—this marriage (by understanding to the hilt) has the capability to refrain us from all the evils, & add blessings to us.

FIR registered against Tehsildar for misusing his authority

Brief exchange of firing in Shopian, area under cordon

‘Families of three missing persons of Rajouri yet to approach us, can’t rely on social media claims’: SSP Shopian

IT Deptt carries out searches in J&K