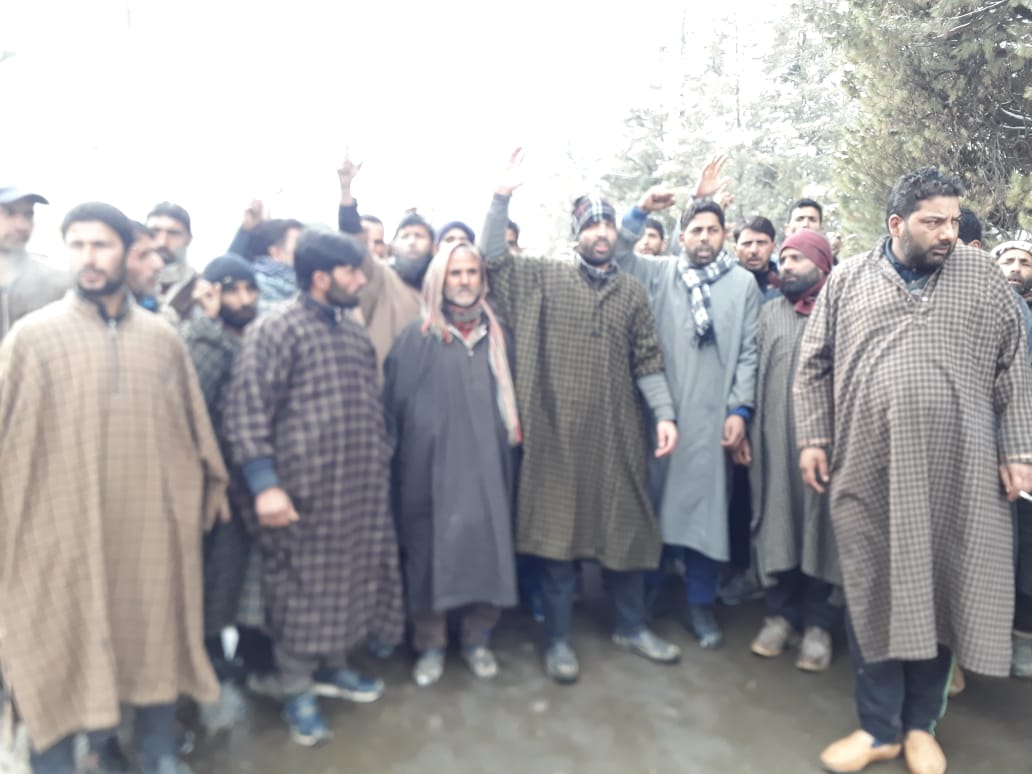 PATTAN, Jan 18 : Family and relatives of Palhallan man who died allegedly after consuming poison at his in-laws house staged a protest demonstration and termed the death as a murder.

Reports said that family and relatives of deceased on early Friday staged a protest demonstration and demanded justice for their kin.

While raising slogans against in- laws of their deceased kin, the protesting family and relatives smell foul in suicide rather they believe that their kin was murdered by his in laws.

They alleged that his In- Laws are responsible and demanded a strict action against those who are involved in the murder of their kin.

The protesting family appealed higher authorities of police to intervene into this matter so that justice will be provided to them.

Pertinently on Thursday
Showkat Ahmad Dar son of Ghulam Rasool Dar,a resident of Ghat village Palhallan had visited his in laws residence at Qazipora Tangmarg, where he allegedly consumed poison and was immediately shifted to Sub District Hospital Tangmarg. However, on way to hospital he lost his life.

Police in this regard on Thursday evening took body into custody and had conducted post mortem to verify the actual cause of his death.