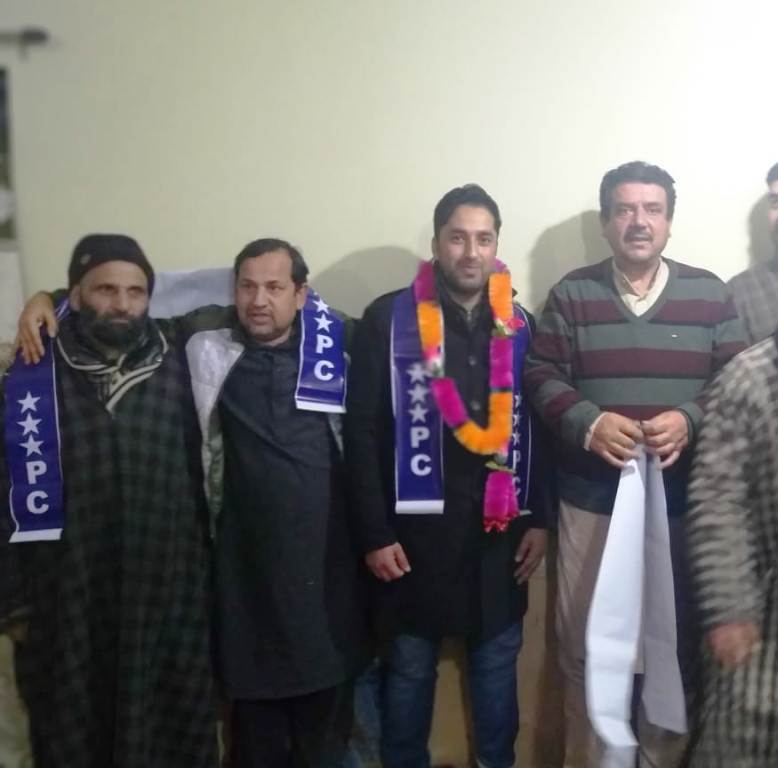 Qadri had joined the PDP just ahead of the 2014 Assembly elections and played a good role for the party in Kupwara constituency during elections.

Qadri was serving as Halqa president of PDP Panchayat Poshpora. He is a well known political and social activist and has a popularity in the area. He is educated and a good poet.

In a press release issued to the media, Qadri said, “Sajad Lone is the only leader who can ease the sufferings of the people of Kupwara.”

He said he was also influenced by Advocate Bashir Ahmad Dar, who is working selflessly in order to bring about a complete change in the exploitative system.

Citing the lack of facilities in the district and discrimination with it as the main cause of his resignation from PDP, the youth leader blamed previous governments for the sufferings of the people and hoped that Bashir Ah Dar would fight for the rights of the people of the district.

He also said that the increased number of political workers joining PC is a clear sign of PC’s wave in political fields of state.

The PC has emerged as a major political force in the state with several former legislators and social activists joining it after the dissolution of Assembly.

CIC starts hearing of RTI cases, over 370 cases were pending when J&K’s SIC was dissolved