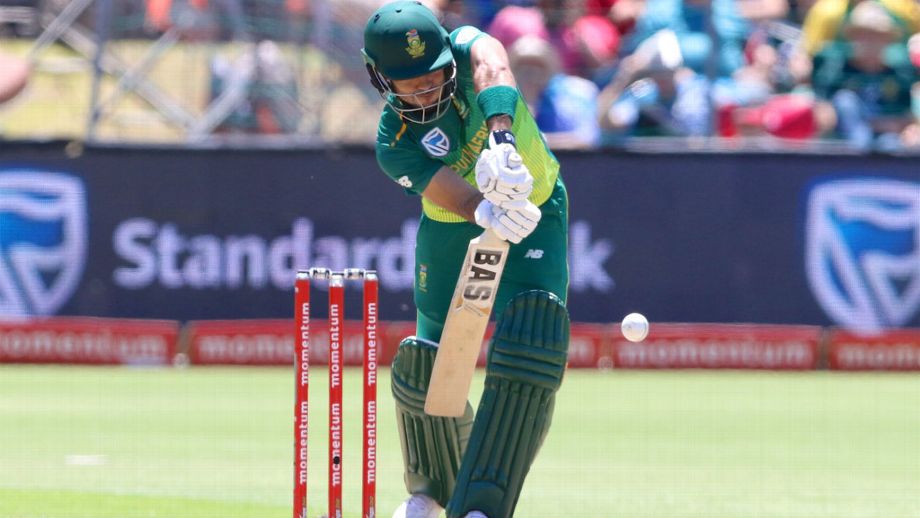 South Africa are wary of a resurgent Pakistan team that cruised to a five-wicket win in the first of five one-day internationals in Port Elizabeth on Saturday.

“We know Pakistan is a good one-day outfit,” opener Reeza Hendricks, who contributed 45 to an opening stand of 82 in the first ODI, said. “They’ve been performing really well over the years in one-day cricket, so we’re quite wary and know that they’re a good team. They proved it by beating us in P.E.”

Hendricks’ opening partnership with Hashim Amla allowed South Africa to set a platform, but a sluggish track and a committed bowling effort meant the hosts were never able to substantially up the run rate. Hendricks struck at 67.16 during his knock, and after him neither Amla or Rassie van der Dussen were able to raise their strike rates as high as a run a ball. Although David Miller capped the innings with a 12-ball 16, South Africa’s 266 for 2 was not enough to challenge a Pakistan top order that took more risks but completed the chase with five balls to spare.

“We’ve had a good discussion around the PE game, what went wrong and what we can learn from. It’s been those discussions we’ve had, and a good training session today ahead of tomorrow’s game.”

With the World Cup five months away, the tournament is providing increasing context to the one-day cricket being played in the interim and every member of South Africa’s squad will see the series against Pakistan as a chance to stake a claim. Rassie van der Dussen made an immediate impact on debut with his 93, but his performance did not come as a surprise to Hendricks, who has shared a dressing room with van der Dussen with the Lions franchise for several seasons.

“I was quite proud to see him make his debut and contributing the way he has,” Hendricks said of van der Dussen. “Obviously disappointed that he couldn’t get to his three-figure mark, but at the end of the day he played really well to contribute as well as he did. I’ve played a couple of seasons now with him. I know his capabilities and seen him improve over the years. He showed what he’s about to deserve a spot in the team.”

Hendricks admitted that a spot in the World Cup squad would be “a dream” and would mean “a hell of a lot” to him, but he insisted that his focus is much more short-term.

“I’m not looking at it like that,” he said. “Yes, the World Cup is around the corner but we’ve got a series on hand now at the moment and this is an opportunity that we get as well. We take it as it comes. Personally, I’m taking it game by game, trying to contribute as well as I can to each game and every opportunity I get, and the rest will take care of itself. I’m not looking too far ahead, or looking who’s around me, because at the end of the day if I don’t get selected I know the player next to me and the guys that are going will do the job, and I back them 100 percent.”

Aside from individual aspirations, the remaining nine ODIs scheduled for South Africa before the World Cup also provide an opportunity to fine-tune ‘Vision 2019’, the team’s blueprint for what they believe will bring success at the tournament.

“We’re quite close,” Hendricks said. “I think we’re on the right track. We’ve had a good chat in how to go about it and how we’re playing, and as a unit we’re all buying into it. We’re doing good things. There are still a couple of months to try and get it right for the World Cup.”

Fitness tips from CEOs of start-ups in the health space