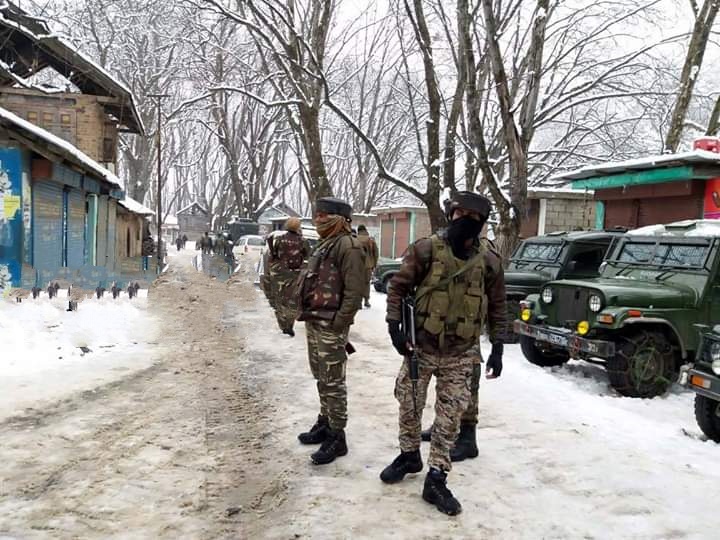 Srinagar, January 22: Top Hizb ul Mujahideen militants are believed to be trapped even as a fresh exchange of firing resumed in Heff Shirmal area of South Kashmir’s Shopian district on Tuesday morning.

Reports said that a joint team of army’s 44RR. Para and SOG launched a search operation in Shirmal after having credible input about presence of some militants in the area.

As the joint team of forces intensified searches towards suspected spot the hiding militants fired upon goverment forces triggering an encounter.

A senior Police official told local news agency that brief exchange of firing has taken place between militants and goverment forces in an orchard of Shirmal.

The officer said that firing has stopped as off now and we have started searches in the orchard as its very vast area.

All the exit routes towards the area as has been sealed off.