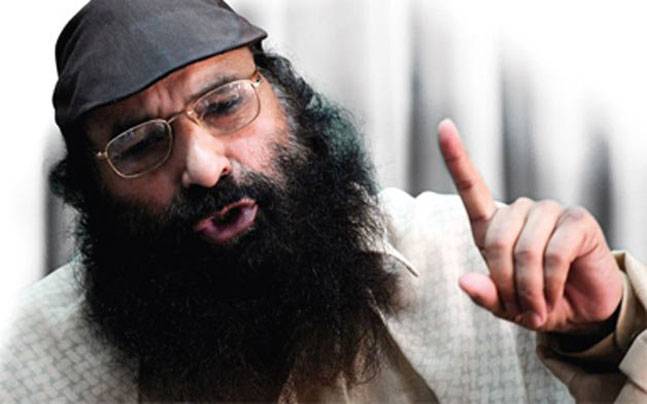 Srinagar, Jan 22: United Jihad Council (UJC) chief Syed Salahuddin has paid tributes to Shams-ul-Haq and associates who were killed in a gunfight with government forces in south Kashmir’s Shopian district on Tuesday.

Syed Salahuddin in a statement issued said nobody will be allowed to play with the sacrifices of Shams-ul-Haq and his associates.

“The sacrifices of Kashmiris have a long history, since centuries, and today the fourth generation is at war with a big power and is giving it a stiff resistance. These sacrifices will yield results very soon, InShaAllah,” he said while addressing a UJC meeting to pay tributes to “Shopian martyrs”.

“Shams-ul-Haq was a pious and brave mujahideen who had participated in several gunfights and incurred heavy damage to the enemies,” he said. (GNS)