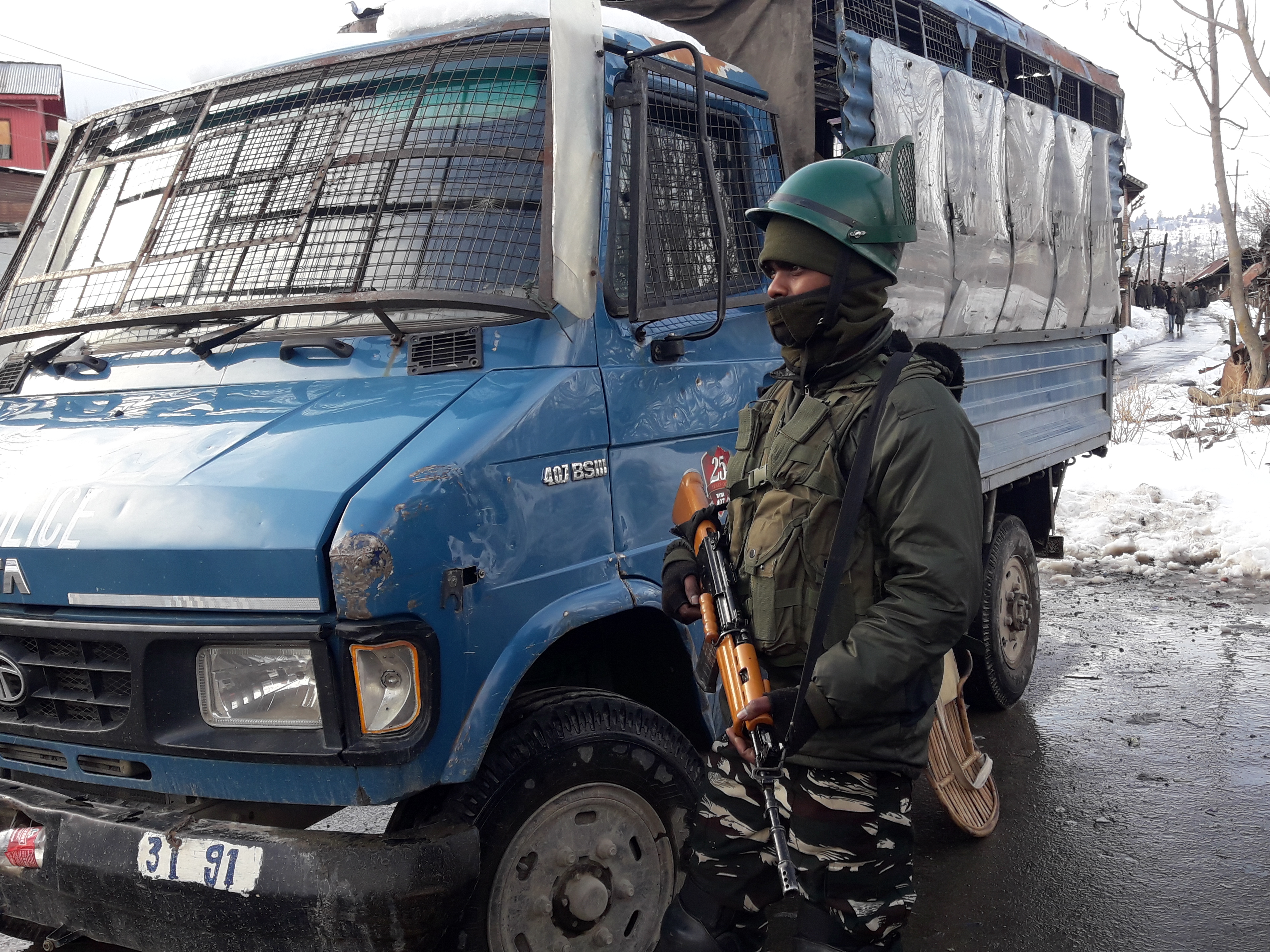 January 23: Police in a statement said that it is further informed that the killed militantts have been identified as 1-Suhaib Farooq Akhoon S/O Farooq Ahmad Akhoon R/O Khanpora Baramulla

As per the police records all the three killed militants were affiliated with proscribed terror outfit LeT and were wanted by the law for their complicity in a series of terror crimes including attack on security establishments and civilian atrocities.

All the three killed militants according to the police records were active in Baramulla and Sopore areas and had a long history of terror crime records for which several terror cases were registered against them.

In the aforementioned case, one militant Ajaz Ahmad Gojri S/O Ab. Rehman Gojri R/O Jamia Mohalla Baramulla who was part of the group involved in the killing of above mentioned three youths has been arrested earlier.

Moreover they were also involved in conspiring and executing several terror attacks on security establishments in the area including grenade attacks on Police Station Baramulla on 2/12/2017 and 2/01/2018 respectively.

It is to mention that they were provided with ample opportunity to surrender however they fired on the security forces from their hideout leading to the exchange of fire in which all the three terrorists got killed.

Pertinently due to the efforts of security forces it was a clean operation and no collateral damage took place during the encounter.

Arms & ammunition including 3 AK 47 rifles were recovered from the site of encounter. All these materials have been taken in case records for further investigation and probe their complicity in other terror cases.

Citizens are once again requested not to venture inside the encounter zone since such an area can prove dangerous due to stray explosive materials. People are requested to cooperate with police till the area is completely sanitized and cleared of all the explosive materials if any.

J&K should get Statehood, Art 370, 35-A must be restored: Yashwant Sinha