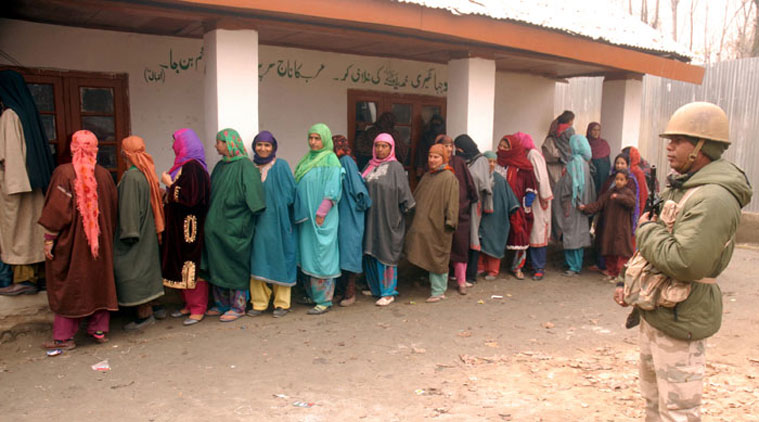 Srinagar, Jan 23:  The election commission team is likely visit Jammu on a two day tour for the wider consultations to take a call on whether to hold Assembly and parliamentary polls in the state early or to delay the excersise.

Reliable sources told kashmir Indepth that the CEC will get the feedback from state home secretary, DGP Dilbagh Singh , secretary education and other officers before announcing the final decesion.

The CEC will also get feedback from various political parties. Sources said that except PDP, all political parties are ready for polls. “Reason why PDP is not ready is obvious that the party is facing rebellion with its leaders leaving the party one by one,” the sources said.

As far the security clearance, a police officer said that since Jammu and Kashmir witnessed successful and peaceful civic body and panchayat polls, moral of forces is high.

“Situation is well under control and we are ready to provide a fool proof security cover to ensure peaceful polls if ECI decides to hold polls in the State,” the officer said wishing not to be named. He said whatever decesion the ECI would take, police will abide by that.

State plunges into deep political crises after BJP dramatically withdrew its support from the PDP last year resulting in the Governor’s rule. The Governor Satya Pal Malik completed his six months stint and that the State is presently under Presidents’ rule though Governor Malik continues to head Jammu and Kashmir.

No perk can compel us for compromise, says Geelani