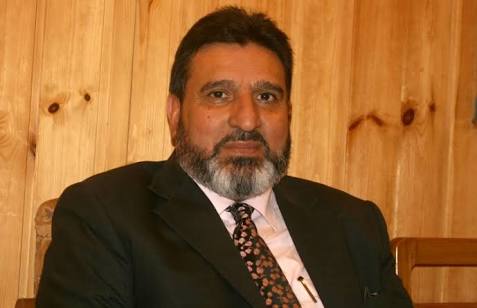 SRINAGAR, January 24: Expressing deep satisfaction over the decision taken by the Governor Satya Pal Malik, former finance minister Syed Mohammad Altaf Bukhari has welcomed the assent given to reservation bill in favour of Pahari speaking community in the State.

In a statement issued here, Bukhari said the Pahari speaking community has sofar suffered immensely not in terms of socio-economic and educational benefits but because of its least representation in the administration of the state.

“With his assent to the J&K Reservation (Amendment) Bill, 2014 providing reservation to Pahari community in Government jobs, the Governor has fulfilled a long pending demand of this tribe in the state for which the present dispensation deserves accolades,” Bukhari observed.

He said the amendment to the reservation bill that creates a separate category of persons belonging to Pahari community among the Socially and Educationally Backward classes will surely help its members considerably in fighting economic distress, which shall eventually lead to their socio-economic empowerment.

“Sofar this community was subjected to considerable economic backwardness leading to its disempowerment. Their lack of access to better education and other parameters of social empowerment had deprived them of their rights. Now I believe this legislation will go a long way in creating opportunities for the members of this community in coming time,” he added.

National Highway: Only Stranded Vehicles To Be Allowed