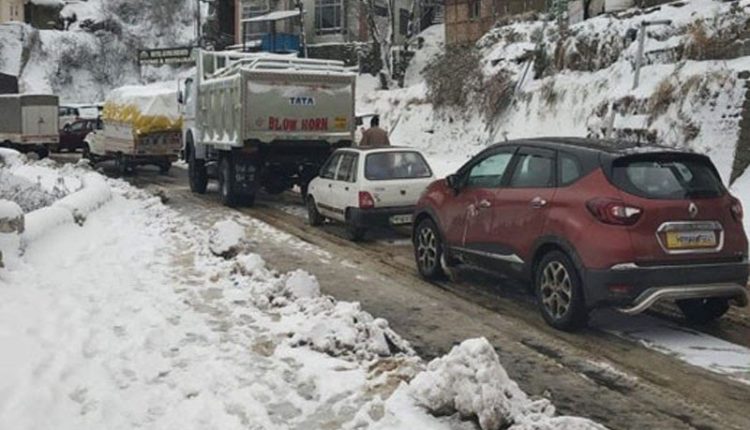 SRINAGAR, Jan 25 : Commanding Officer Beacon Udit Dhada today said that they have cleared the part of Srinagar-Jammu national highway that comes under them and it is completely throw for the traffic.

Talking to a local news gathering agency, Dhada said that the stretch from Wazur to Banihal including Jawahar tunnel is throw for the traffic. “We kept on clearing snow and kept the highway open for one way traffic. Traffic has been diverted through diversion tube of Jawahar tunnel. Last night the thirty feet snow avalanche that had hit near Jawahar tunnel was also cleared,” he said.

The CO beacon said that the 30- kilometer national highway stretch that comes under them including both the tubes of Jawahar tunnel are as of now throw for the traffic. He said around 14 machines and 150 officials including operators, labourers are in continuous communication to keep the road clear for traffic. He hailed the role of Chief Engineer Beacon who personally visited the avalanche site that motivated the workers on ground to work with more synergy.

About the rest of the national highway, Dhada said the rest of the part comes under National Highway Authorities of India (NHAI). “We are in constant communication with the NHAI officials. They are facing the tough job due to continuous land sliding that keep the road blocked again and again,” CO Beacon said.

He added that part of national highway that comes under beacon is clear for the traffic.

The national highway continuous to remain closed due to heavy snowfall for the last five days.