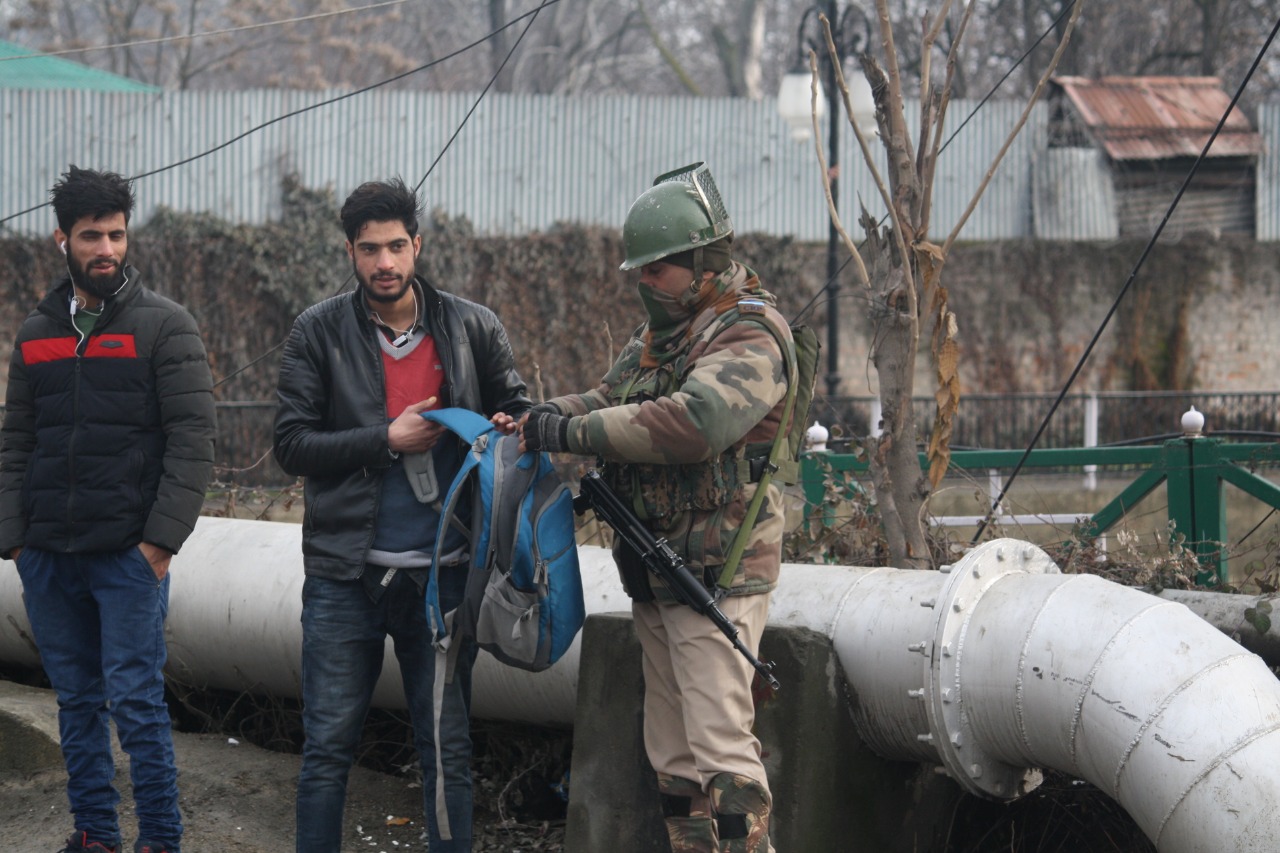 SRINAGAR, Jan 25: A day ahead of January 26 (70th Republic Day), the frisking has been intensified at various places in Srinagar and other districts of Kashmir while as the forces have laid several checkpoints to ensure smooth celebrations on Saturday.

Officials told a local news gathering agency, that security has been beefed up from last couple of days in view of Jan 26 function.

Witnesses said that police have erected barricades at various places including Lal Chowk here during which pedestrians as well as the commuters were being thoroughly frisked before being allowed to move ahead.

They added that the adequate forces personnel were deployed at many places in Srinagar city.

In view of the Jan 26 main function, being held at Sher-e-Kashmir Cricket Stadium in Sonwar, all the entry and exit points are under close security vigil while some important roads are also suspended for vehicular movement from Saturday morning till afternoon.

The motorists intending to travel from South Kashmir-Pantha Chowk towards City Centre shall adopt Bypass road stretch and vice versa. Similarly the motorists intending to travel South Kashmir from City Centre and Down Town areas shall adopt Batamaloo-Tengpora-Bypass or Rambagh-Natipora road stretch to reach Pantha Chowk. Any inconvenience caused is highly regretted.

Meanwhile, Director General of Police (DGP), Dilbagh Singh told news agency that foolproof security arrangements have been made to ensure smooth conduct of Jan 26 celebrations across the State.

He added that “militants as well as Pakistan always try to disrupt such functions aimed to create scare among the people. But police and other security forces have made special and adequate security arrangements for smooth conduct of celebrations.