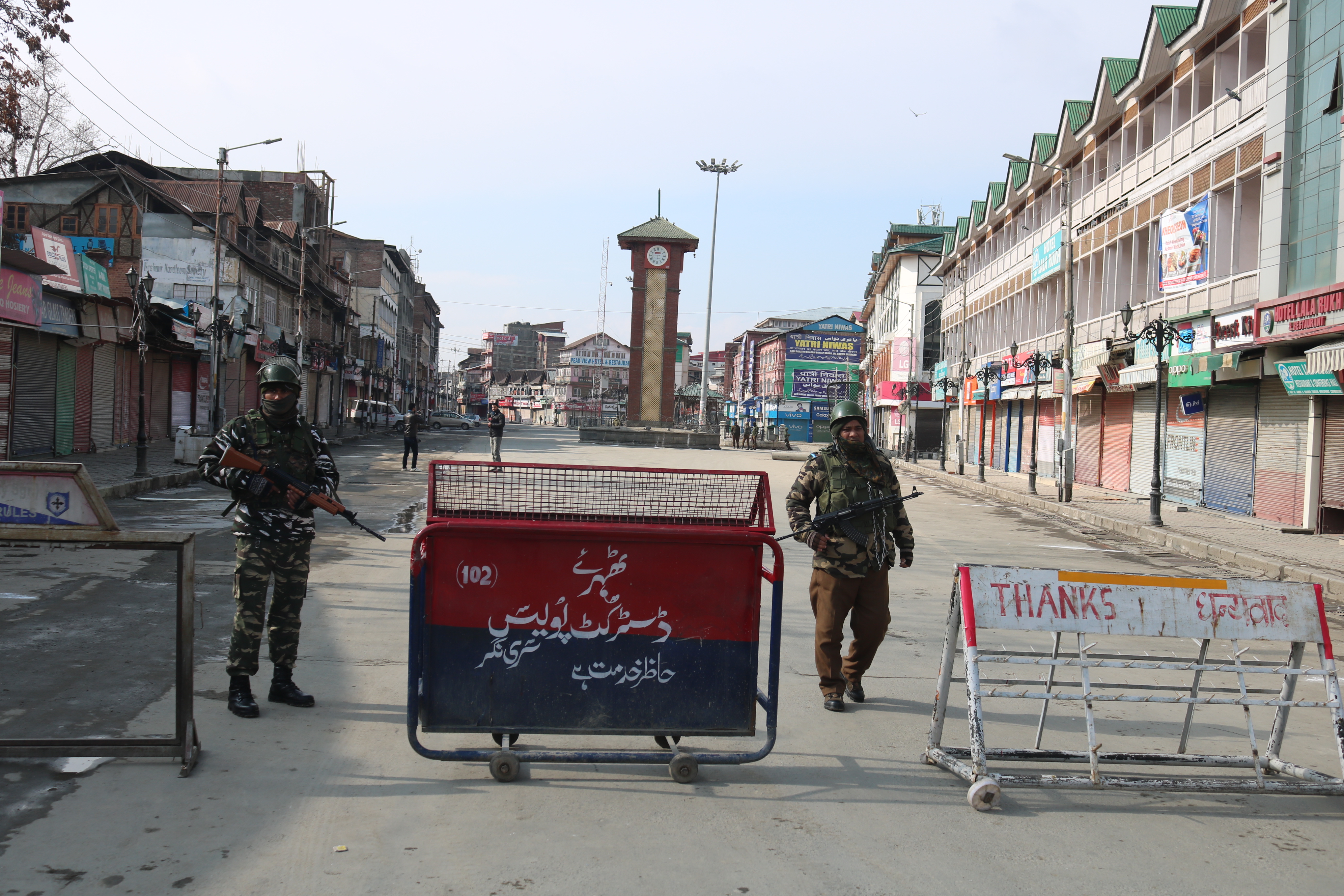 Srinagar, Jan 26, :  People across Kashmir Valley on Saturday observed a complete shutdown for the consecutive 28th year on India’s Republic Day with authorities placing stringent security arrangements to thwart any protest or militant attack in the region.

All the shops, commercial establishments and petrol pumps remained closed across Valley while public and private transport remained also off the roads. All the roads in the city, which otherwise remain abuzz with traffic, wore a deserted look throughout the day. The authorities, unlike past, had not imposed restrictions in the City, but additional number of police and paramilitary Central Reserve Police Force (CRPF) personal had been deployed on Kashmir roads.

The call for shutdown was forwarded by Joint Resistance Leadership comprising Syed Ali Geelani, Mirwaiz Umar Farooq and Muhamamd Yasin Malik and was supported by militant outfits like Hizbul Mujhadeen and Lashkar-e-Toiba.

Eyewitnesses told news agency that all the roads leading to Sher-e-Kashmir Cricket Stadium, the venue for Republic Day celebrations in Srinagar, were sealed by security men till function was over. Officials said the Republic Day functions across the valley passed off peacefully with no incident of militant violence. They added that no law and order situation arose in any part of the valley.

Besides Srinagar city, complete shutdown was also observed in all the districts of North, South and Central Kashmir where India’s Republic Day functions were organized amid tight security.

Meanwhile, mobile Internet and call services were snapped in wake of R-Day functions.The broadband services, however, were not affected. Every year on Aug 15 and Jan 26, authorities suspend the services in what has now become part of an ‘e-curfew’ on these days. (CNS)

Advisor Bhatnagar addresses workshop on ‘Availability & Affordability of Medicines for All’

“If There’s No Phone For 10 Days, So Be It”: J&K Governor Defends Move