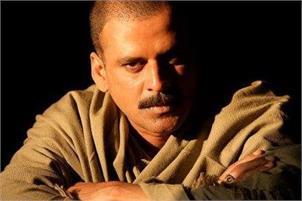 Mumbai, Jan 26 (PTI) Manoj Bajpayee says his Padma Shri honour is a win for the people who believed in his talent and supported him throughout his cinematic journey.

The 49-year-old actor, who started his journey in the movies with a special appearance in “Drohkaal” (1994) got his breakout role the same year in Shekhar Kapur’s internationally-recognised feature “Bandit Queen”.

“The recognition from the government is very humbling. It is not only an honour for me alone but for everyone who had trust and conviction in Manoj Bajpayee, the actor.

“It is a validation for people who had confidence in my talent. I will continue to doing my best,” Bajpayee told PTI.

The actor went on to star in various TV shows and supporting character in films until “Satya” happened in 1998. He received his first National Award for his portrayal of the eccentric Bhiku Mhatre.

His act as the conflicted Rashid in Partition-set “Pinjar” won him the National Film Award Special Jury Award / Special Mention.

Apart from carving his niche in the performance-oriented films, Bajpayee also has had his fair share of commercial hits.

The actor said the honour has come at a landmark moment in his career when he has completed 25 years in films.

“I am out of town celebrating my 25 years in the industry and this honour coincides with this,” he said.

Bajpayee will soon be seen as a dacoit in Abhishek Chaubey’s Chambal-set drama “Sonchiriya” and Netflix film “Dhaka”.

Fantastic time to be in entertainment business: Actress Nimrat Kaur

A film will definitely come on Eid: Salman Khan