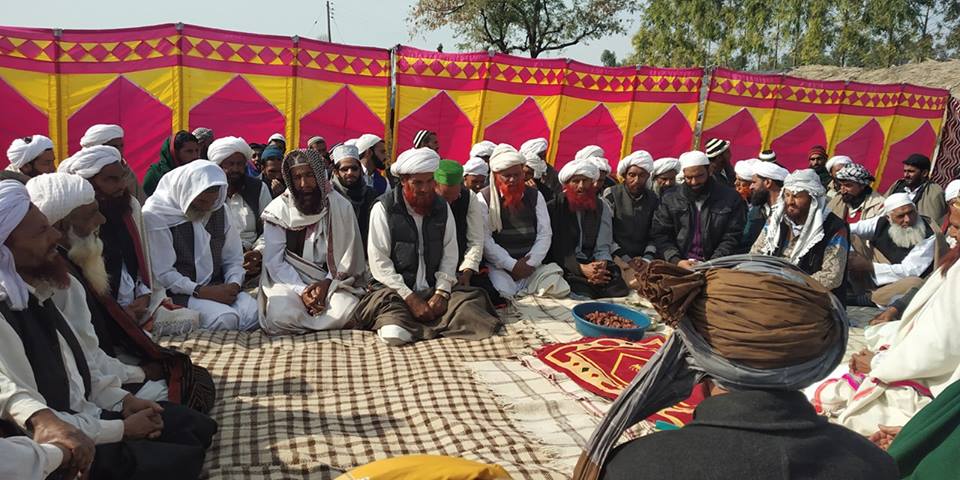 SRINAGAR, Jan 27: Urging the Governor of  Jammu and Kashmir  Satyapal Malik to bring a ordinance to protect the   socio-economic and  ethno-cultural  individuality   of  Scheduled Tribe communities of State- the Gujjars and Bakerwals after conclusion of a programme organised by Tribal Research and Cultural Foundation- the speakers pleaded to provide  identical rights to them which were granted to  other ST communities of India.

Attended by a number of  tribal dignitaries the programme was presided over by well known Tribal scholar Dr. Javaid Rahi which was held here on the topic ‘  Tribal Rights in India -an over view of state of J&K State’.

Dr. Javaid Rahi, in his presidential address stated that 12 ST groups of J&K state are  struggling hard since many years  for a law  which  can empower the tribes of the state with  identical to rights  provided in the Constitution of India.

He said the  Indian Constitution gives many  special rights to Tribal like  ‘Political Reservation- under its Article 334, Forest Rights Act -2006, SC/ST prevention of Atrocities Act-1989, Rehabilitation Act -2013 and Conservation Act -1980 but all these Act are not extended to state of Jammu and Kashmir because of its special status.

He said  a state  Act can enable the  tribes to get identical rights enjoyed by the   nomadic/tribes of  other states of India .

The speakers said  that State have no identical  Act/ Provisions  of its own like other Indian States have, the tribal  of  J&K  are less empowered in  country said  a speaker and added ST status in J&K is like ALC/RBA category and no special provisions were made to strengthen it like it exists in other states.

The other speakers  said ” Government should safeguard  our  unique identity like other state saved their tribes.

They said the whole world treating tribal  exclusively   and developing  nomadic lifestyle to establish  their separate identity  and providing their  share in all type of developments, they said.

They  said, the J&K Constitution empowered  Scheduled Casts community  as 7 MLA seats in J&K Legislative Assembly  are Reserved for  them but there is no mention of word  Tribal in it and the Indian Constitution treats SC and ST as equal.

In J&K -the Reservation Act provides only 10 percent reservation to STs  in jobs and promotions since 1991.

All weather connectivity still a distant dream for Kashmir