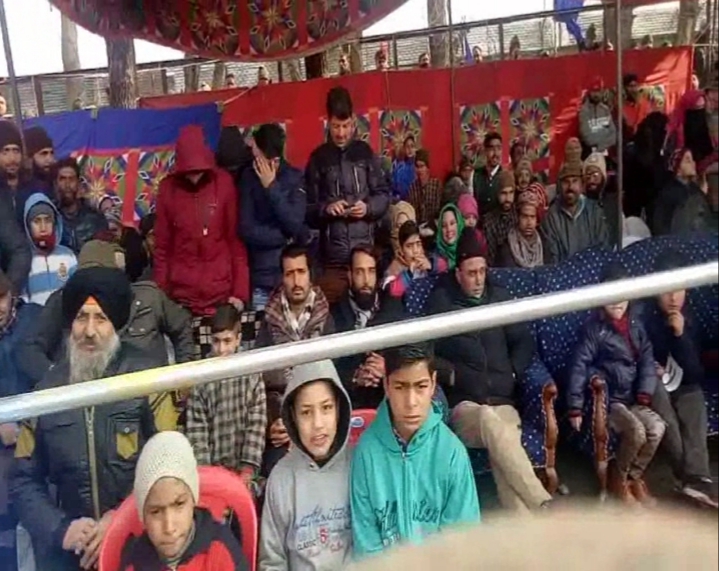 BARAMULLA, Jan 27: In a bizzare incident witnessed during the 70th Republic Day function celebrations at Baramulla, the recently elected Municipal Councilors who attended the function were seen sitting while the National Anthem was played by the organizers on Saturday.

An eyewitness said that on the occasion at District Police Lines Baramulla when National Anthem was played, the recently elected Baramulla municipal councilors did not bother to stand up and show the respect to the National Anthem.

Eyewitnesses said that those councilors were seen sitting on their chairs when the spectators across the ground were seen showing a standing ovation to the National Anthem.

The action of these elected Councilors overall was criticized by officials as well as participants who were present there.

Now is time for resolution of Kashmir issue: Shah Faesal

Srinagar, Jammu to have IT Parks: SAC Decisions