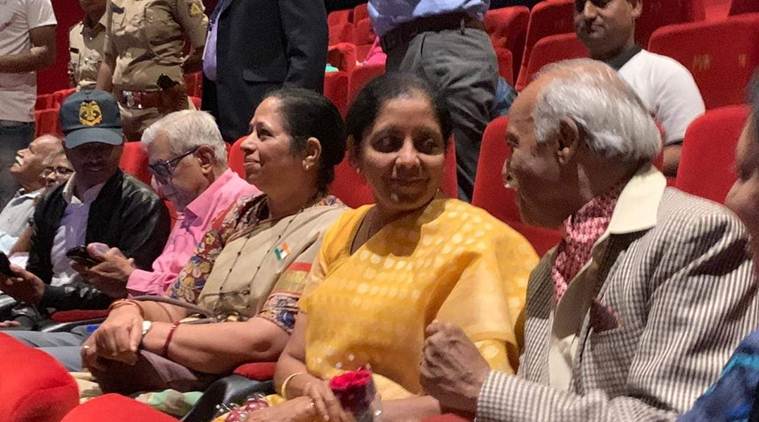 Defence Minister Nirmala Sitharaman Sunday watched the movie, “Uri: The Surgical Strike”, along with a group of war veterans at a cinema hall here.

She also posted a video of her entering the movie hall as the crowd present there chanted Bharat Mata Ki Jai, Vande Mataram, “How is the josh?”.

Yes, #HighJosh, Sitharaman tweeted. The Defence Minister also obliged for selfies with children and public at the mall.

“How is the josh?” is the popular line from the movie, based on the 2016 Indian Army’s surgical strikes on terror launch pads in Pakistan as a retaliation for the Uri attack that claimed the lives of 17 army personnel.

Sitharaman had on January 16 met the cast and crew of the film on the occasion of Army Day.

I am afraid of controversy, want to stay away from it: Nawazuddin Siddiqui