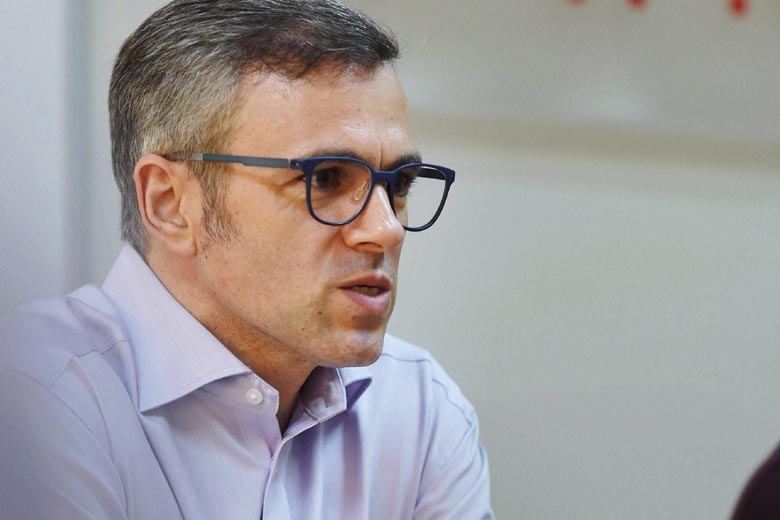 SRINAGAR, Jan 28: Peoples Conference on Monday said that former chief minister and National Conference vice president Omar Abdullah was the first person from Kashmir to wear ‘RSS knickers’ when he was made a foreign minister of the BJP government at a time when human rights violations were at its peak in Kashmir.

In a statement, the PC spokesperson Adnan Mir said the sole motive of making him a junior foreign minister was to parade him across the world and show a Kashmiri face vouching that no human rights violations were taking place in Kashmir.

“And now he is the new BJP baiter in town. And he expects to walk off from his past with not even the remotest hint of remorse. Incidentally he walked off from the RSS camp- not because there were human rights violations in Kashmir or that the autonomy resolution was not accepted. He walked off because Papa was not made the vice- president of India by the then BJP government,” he said.

The spokesman said NC seems to have off late donned the ‘defenders of faith’ hat and are busy issuing diktats left and right.

“May we very humbly remind them that one needs to have a faith in order to defend the faith. In order to become the defender of Islamic faith one needs to strictly adhere to the Islamic tenets. Our humble advice is to not venture too far into the defender of faith space. It will open up a debate which will be very unpleasant for them. They issue diktats, they sing bhajans, they are the Ram Mandir walas. How many hats will they don?” the PC spokesman asked.

The spokesman said NC used Ikhwanis to kill Kashmiris during 1996 to 2002.

“Why is the NC not owning up its Ikhwan links? Is it not a fact that Farooq Abdullah addressed rallies organized by Ikhwan? Is not a fact that during the NC regime of 1996 to 2002, the Ikhwan was active and killed hundreds of people? Did NC not give mandate to Ikhwanis to fight elections? What was Farooq Abdullah’s role in all this? Are you telling us that he was sitting and did nothing while the Ikhwanis went on a rampage,” he said.

“Is he not the same person who was posing for photographs with the Ikhwan leaders, attending their rallies? Did he not encourage the “chit system” wherein a name was scribbled on a chit for elimination given to Ikhwan. Not just that, the NC later issued mandates to the same Ikhwanis, made them MLCs. We are ready to debate this with the National Conference; we have all the data. Let the people know what the National Conference has been up to. The records are not a figment of our imagination, it is the truth NC can’t wish away,” he said.

He  said that it was Farooq Abdullah who recommended one of the country’s highest civilian award for a dreaded counter-insurgent (Ikhwani) responsible for hundreds of unimaginable atrocities on hapless, innocent Kashmiris.

“Ikhwan candidates, Ikhwan MLCs, Ikhwan photo-ops, Ikhwan rallies, Ikhwan killings and yet the NC wants us to believe that they are squeaky clean and got nothing to do with any of it”, he added.

In time of Covid-19 Pandemic, ‘CRPF, police adds to de-stressing, counselling lessons of its men to prevent suicides’

Year 2018: A chronology of Kashmir killings