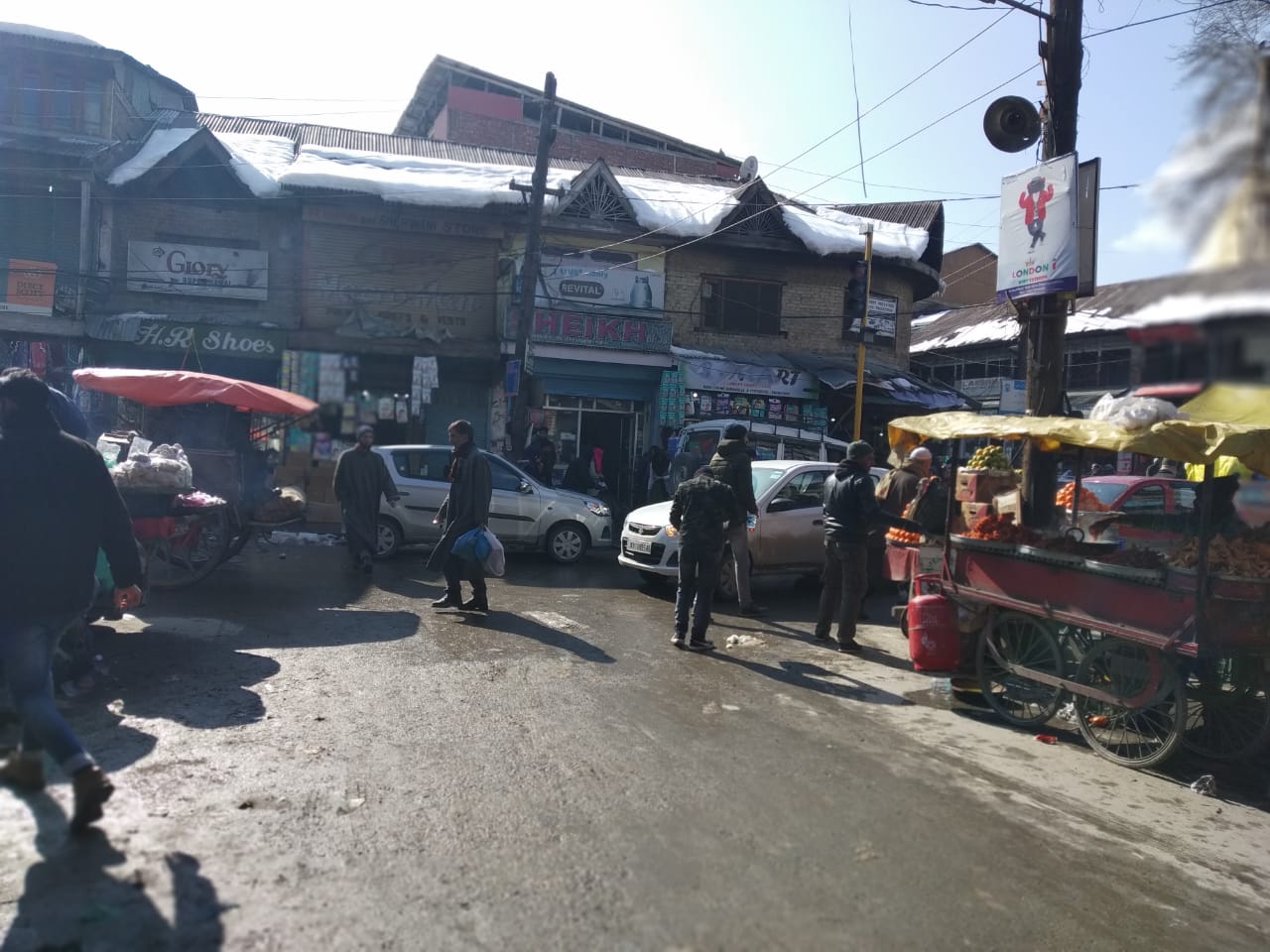 There is an immediate need for relocation of street vendors and hawkers who have re-occupied footpaths and pavements especially in the city centre Lal Chowk.

Disappointed on difficulties being faced by the people on account of encroachments, there is a general demand from the public that the street vendors and hawkers be immediately rehabilitated at already identified vending zones in the city for smooth traffic and pedestrian movement in the city.

Mostly during the last few months the vendors have reoccupied footpaths in almost all the streets in the city centre including Lal Chowk, Mahraja Bazar, Gonikhan, Lal Ded Hospital road and Hari Singh High Street.

There should be a time bound survey of all the street vendors and hawkers in the city followed by proper licensing among them for a permanent solution to this mess.

The government has reportedly identified special vending zones for the purpose of accommodating vendors permanently. But the plan needs to be implemented for a collective rehabilitation of vendors with dignity so that they do not hinder movement of commuters and the traffic.

The encroachments on both sides of road stretches leading to the city centre  via MA and Residency roads must be cleared off and the evicted street vendors be rehabilitated at identified vending places.

It is unfortunate that commercial as well as private vehicles in the city centre are seen struggling to move in a hassle free movement. Even after numerous anti-encroachment drives, city lanes and by lanes are sofar unfit for traffic and a smooth pedestrian movement.

The problem is that after being removed, those occupying the streets unlawfully return almost the very next day. As soon as an anti-encroachment drive ends, the roads and pavements are reclaimed by the encroachers leaving no space for commuters and shoppers to walk on.

Footpaths spanning several kilometres in Srinagar city are almost out-of-bounds for pedestrians because of encroachment. Removal of encroachments and a close vigil by the enforcement officials on obstacles faced by commuters are not the only solutions. A comprehensive plan for the evicted street vendors to be rehabilitated in identified vendor markets is need of the hour.

PDP grieved over demise of its Sonawari Vice president

Elections2019: Will Faisal Be New Arvind Kejriwal in Kashmir?