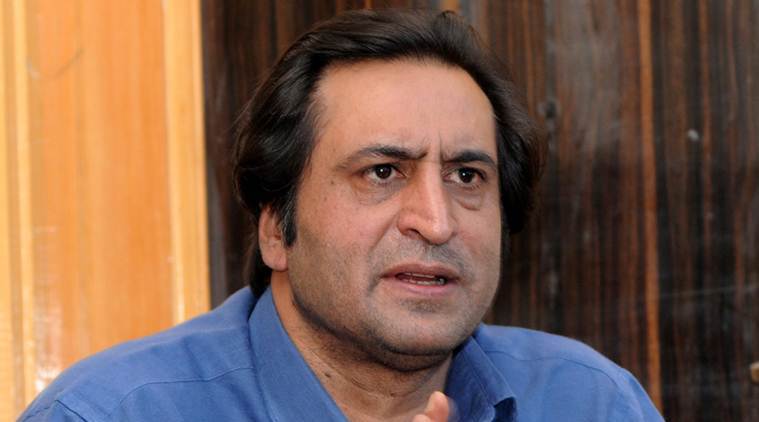 Srinagar, Jan 29 : Deciding to stick to the pro freedom politics in Kashmir, senior Hurriyat Conference (M) leader Bilal Gani Loan will unveil his new party name to differentiate himself from his brother Sajad Lone who has been.heading Peoples Conference and is of late leading the third front in the Valley.

Reliable sources told Kashmir In-depth that feeling perturbed over the bad image caused by his brother’s party Peoples Conference, Bilal Lone who.was heading his faction of Peoples Conference decided to change the name of his party.
“I respect my brothers ideology but I beleive pro freedom politics is what my father stood for,” said Bilal.

Sources in the Hurriyat (M) said that it has been decided that Bilal will launch his new party at Hurriyat M headquarters Rajbagh here in presence of the chairman of the amalgam Mirwaiz Umar Farooq and other senior party leaders.

A source told Kashmir In-depth that Sajad Lone’s open support to BJP and his pro India politics has caused a dent to Bilal led Peoples Conference.

“After mass consultations with the workers, Bilal zeroed in on a name that he will announce tommorow( Wednesday),” a source said.

Of late Sajad has been leading from the front to.rope in as much as possible strong candidates including PDP rebels. He recently asserted that his party will contest from all the 87 seats of JK. With Sajad sticking to Peoples Conference,y Bilal felt his brother’s activities were defaming his PC too.

“It took almost two months for Bilal to choose a new name for his party,” a source said.

Troop movement in Kashmir not connected to any pending announcement: Advisor Kumar

Soz demands cancellation of MOU with JSWF for conservation of gardens

What to eat before and after getting a COVID vaccine