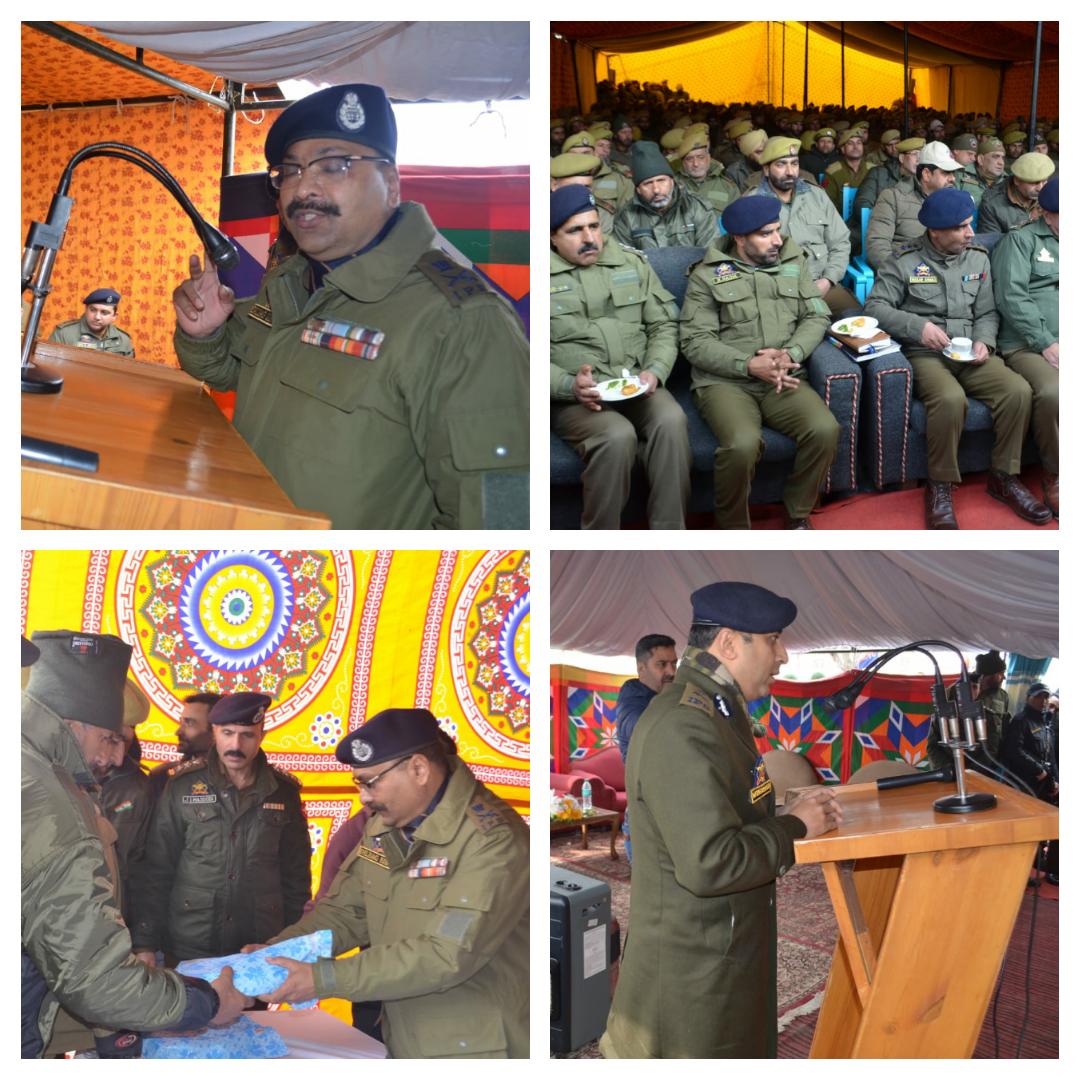 The DGP, while interacting with the police personnel complimented them for the appreciations and the laurels they have brought in the fight against terrorism. He said that the efforts and achievements of J&K Police have been recognized at the highest levels of the government across the country. The Prime Minister of the country Narendra Modi showered praises on the J&K Police during DGP’s conference in Gujrat, he added.

DGP said that Baramulla police has created an island of peace with no active surviving militant in the district. It has come as a big relief to the people. More such islands of peace, police and army need to create in other parts of Kashmir so that violence against the innocent people by the militants comes to an end and a sustaining peace prevails in the State where the young children and students could think of their studies and career. The youth could aspire to be gainfully employed and the elderly could move with same respect and honour what Kashmir society was known for.

Dilbag Singh urged all policemen to work towards this end and ensure that while they deal firmly with anti-national elements and anti-social elements, due respect is given to the innocent people. “They should also extend a helping hand to the needy people in any kind of distress situation. They should be fair and impartial while enforcing law and should deal with any kind of disturbance, violence firmly and strongly by lawful means”, he added.

DGP told the policemen that the State and Central Governments have taken all urgently required welfare measures for which the Police department is grateful. This must motivate all ranks of Police to bring upon further improvement in their working. They were told that more such welfare measures shall be deliberated upon in the upcoming Central Committee Meeting.

IGP Kashmir S.P Pani, during the interaction, highlighted various welfare measures initiated by the government for the police force. He impressed upon the police personnel to work hard and maintain the rule of law.