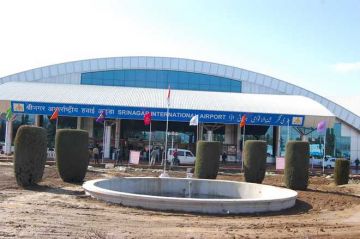 The Jt. Secretary General, of KCCI said that Ms Divya Mohan has been kind enough to assure the delegation about working on Srinagar –Jeddah direct flights as the load since last two years has increased tremendously.

She also agreed on demand of increase in  Air tickets  of Umrah Pilgrims  to be enhanced  to the level of 100 to 200 seats  at Srinagar  city office and  enable  IATA holders to issue tickets  against Bank guarantees.

Fulfill our demands without any dealy: Doctors Body

Lok Sabha, Assembly polls should be held together: Omar

Will revoke ban on JKLF, JeI if PDP comes to power: Mehbooba

Tentative date for PST/PET of Kashmir based candidates for recruitment in 02 Women BNs.