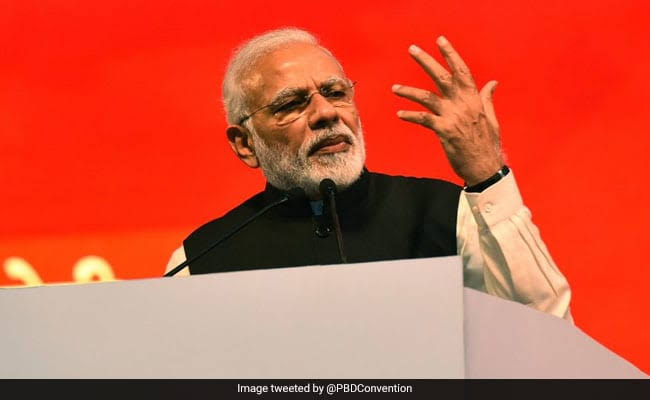 This would be Modi’s first visit to the state after the collapse of the BJP-PDP coalition government in June last year. The visit would be second of its kind where the Prime Minister would visit Jammu, Kashmir and Ladakh in a single day. His earlier such visit was on 19 May 2018 when he laid foundation of Zojila tunnel project, hydro-electricity projects and some development projects of Shri Mata Vaishno Devi Shrine Board.

Modi would begin his visit from Leh where he would go to the Central Institute of Buddhist Studies auditorium and lay foundation of various developmental projects, including the recently-sanctioned Ladakh University.

The PM would then visit Vijaypur area in Jammu province, where he would lay foundation for all-India institute of medical sciences (AIIMS), Shahpur-Kandi Dam project, Jammu-Akhnoor-Rajouri-Poonch highway, Sunderbani college and IIMC in Jammu.

The Prime Minister will also inaugurate an engineering college in Kathua, IIT Jammu, and the Jammu ropeway project.

“He will also address a public rally in Vijaypur before heading towards Srinagar,” the source said.

Modi will then visit the army’s Badamibagh cantonment in Srinagar before having a tour of the Dal lake.

“The PM is scheduled to interact with elected sarpanchs and panchs of Kashmir. He will also lay the foundation of AIIMS and IIM in Kashmir,” the source said.

Modi will return to New Delhi in the evening.

BJP READIES ITS CADRES
During his one-day, all-regions visit, Prime Minister Narendra Modi will be directly interacting with a few sarpanchs of Kashmir.

The interaction schedule was finalised by divisional commissioner Kashmir and commissioner secretary rural development department on Tuesday.
An official source said Modi will first address as many as 300 sarpanchs, owing allegiance to various political parties, at the SKICC in Srinagar. Later, one sarpanch from each district of the Valley will interact with the PM.
After meeting sarpanchs, Modi will be addressing a gathering of about 200 BJP workers.

In this connection, BJP will on Thursday hold a meeting to be chaired by Avinash Rai Khana, BJP’s in-charge of Jammu and Kashmir.

Khana will be meeting sarpanchs and other party workers who are scheduled to attend PM’s program on Sunday, BJP state spokesperson Altaf Thakur told.

“We are finalising the list of the people who will be meeting the PM,” he said.

Two persons arrested with arms and ammunition in Kulgam

BJP has no workers in JK, but only agents: Muzaffar Shah

People of state yearning for change, want an alternative to NC, PDP: Sajad