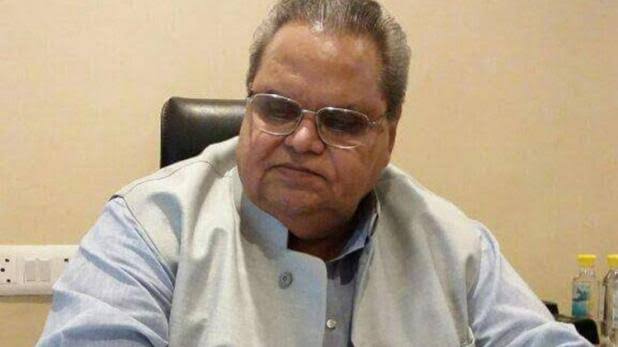 JAMMU, JANUARY 30: In order to encourage large investment, incentivize the newly established units and the units undergoing substantial expansion, the State Administrative Council (SAC) which met here Tuesday evening under the chairmanship of Governor, Shri Satya Pal Malik accorded sanction to the notification of the scheme namely the ‘Jammu and Kashmir Reimbursement of State Taxes for encouraging large investments for industrial development’.

The State has in the Industrial Policy-2016 fixed a target of attracting an investment of Rs 2000 Crore per annum in the industrial sector including services. The State Government is already incentivized the existing industrial units by giving them reimbursements of taxes after adjustment of Input Tax Credit under various schemes announced by Government of India from time to time in the shape of SROs viz SRO 519, SRO 521, SRO 63, SRO 431 etc.

The newly established industrial units shall be eligible for full reimbursement of the SGST paid in cash after adjusting input tax credit. The scheme shall be applicable only for intrastate supplies made by the industrial units.

The move will attract large investment in J&K, which in turn will expand employment opportunities for skilled youth, income generation and overall economic development in the state.

JAMMU, JANUARY 30: The State Administrative Council (SAC) which met here Tuesday evening under the chairmanship of Governor, Shri Satya Pal Malik accorded sanction to the appointment of Shri Janak Raj Kotwal, retired Judge, J&K High Court as chairman of the Advisory Board under the Jammu and Kashmir Public Safety Act, 1978.

The position of Chairman for Advisory Board for Jammu and Kashmir Public Safety Act was lying vacant since March, 2018.