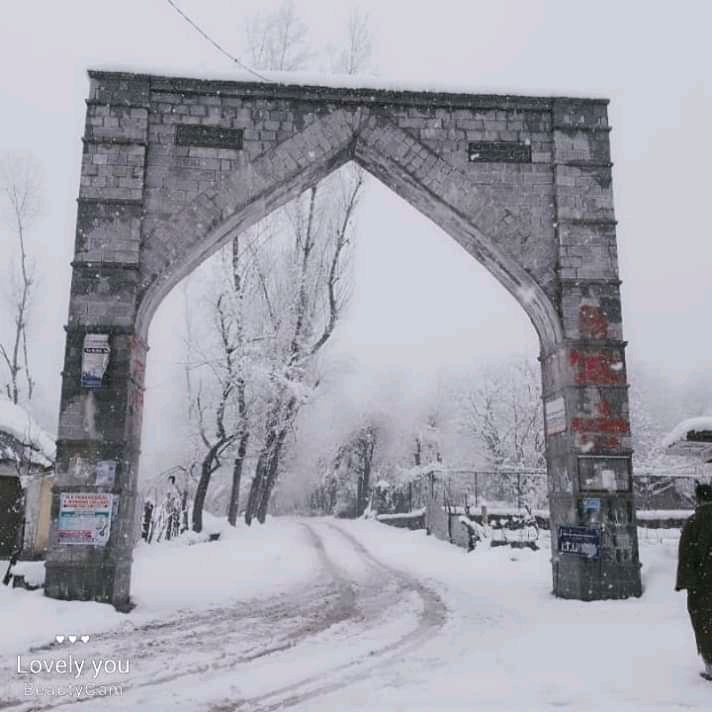 Qazigund, Feb 01: Heavy snowfall in Jammu and Kashmir’s Kulgam district has marooned a family to take the dead body of 45-year-old man back home.

A 45-year-old man namely Abdul Razaq Magray, resident of Batingoo Kund of Qazigund Tehsil breathed his last at District Hospital Anantnag who died in an intervening night of 31st January and 01 of February.

Due to uncleared snow on roads at Kund Qazigund the family of the deceased are not able to take the body from District Hospital Anantnag to his residence at Batingoo Kund.

Residents of Batingoo Kund village in sub division Qazigund have alleged that the snow clearance teams did not clear at least one and half kilometre stretch leading to the village leaving them disconnected.

The district administration has claimed that they cleared snow from all roads, but he villagers alleged that they were left out deliberately.

Suhail Ahmad, a local resident alleged the authorities of bias, claiming that the stretch has not been cleared because it leads to a tribal habitation.

When contacted Roads and Buildings (R&B) official he told Kashmir Despatch that he would send a snow clearance machine to the village to clear the snow.

However the local Meteorological department (MeT) has, predicted improvement in weather conditions from today.

It’s safe for mother with COVID-19 to breastfeed her baby, say Docs

Govt sets up isolation facility at Sanat Nagar for passengers