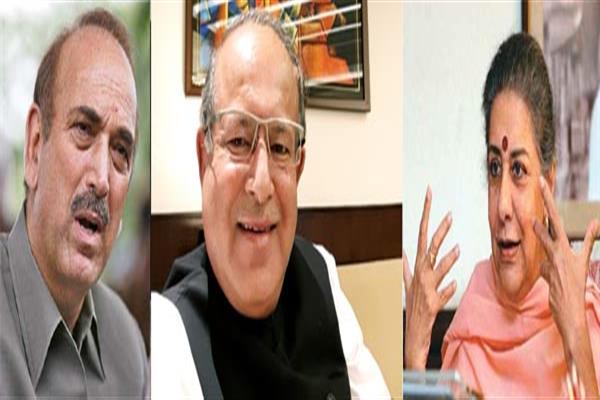 Srinagar, Feb 02 : Former Member of Parliament and Congress Working Committee (CWC) member Tariq Hameed Karra, after meeting Congress President Rahul Gandhi on 31st January, met former Chief Minister and Leader of the Congress Party (LOP) in Rajya Sabha, Ghulam Nabi Azad and In charge General Secretary for J&K Ambika Soni in Delhi today.
Karra is believed to have wide ranging discussions with both of them in two separate extensive meetings.
“Karra has been busy in Delhi for a couple of days and is understood to be holding few more meetings with senior Congress leaders in next couple of days. His area of activities in Delhi are in run up for the forthcoming elections to Parliament and the State Assembly for which he is believed to be holding threadbare discussions in Delhi for Congress Party’s prospects in coming elections,” revealed a senior Congress leader from the State.
On the condition of anonymity he further divulged that in addition, candidatures and strategy to highlight and expose performance of opponents’ at Administrative and Political levels were also discussed.
Significantly after Karra’s meeting with Congress President Rahul Gandhi, senior Congress leader Sham Lal Sharma also had a one to one meeting with Congress President in which Sharma is believed to have briefed him on Organizational matters. (KNS)

“Mehbooba is among strongest chief ministers of Jammu and Kashmir”