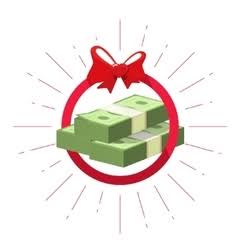 The Committee expressed its shock at the government decision that Instead of rewarding the Private Schools for their contribution in providing   the quality educations, itseems they are hell-bent to derail the education system of this ill-fated State.

During nineties, when all the Govt. schools became nonfunctional, it was the pvt. Schools, who worked hard day and night, and   invested their blood and sweat, to keep the torch of education burning in the Valley.

With the technological revolution the world became highly competitive in nature and so the education sector and for Schools the new learning technology, a good infrastructure and the modern pedagogy became a necessity to upgrade our standard of education in order to compete at global levels.

Under these circumstances some of us constructed new infrastructure by investing their hard earned money, while others did it by raising finances from selling their ancestral land and other assets. In most of the cases, people upgraded there infrastructure and other facilities by raising bank loans worth of crores after mortgaging there residential houses.”

As mentioned above most of the pvt. Schools started in nineties with a nominal fee and continued with the same fee structure as was in the beginning with a nominal annual hike of 10%

In this changed scenario it became very difficult for budget pvt.  Schools to run smoothly at such a low fee structure, so we requested the govt. to allow us to revise our 25 year old fee structure.

“As per Govt order dated 2006, schools were enhancing fee by 10% annually. However in the backdrop of 2014 floods the then Govt revoked this order and assured us that a comprehensive education policy will be framed with a provision of revision of fee structure so that the schools started in nineties would also get an opportunity to upgrade their educational standard  ,” said Mushtaq Canny, Chairman Joint Committee of Private Schools “We are still waiting for that policy. In 2017 Govt allowed us 8% fee hike annually however because of an ambiguous order from FFC (Fee Fixation Committee) the Committee sought clear directions.  Due to fall of Govt. it took time and now the Govt has come up with 6% hike which is a cruel joke for budget Pvt. Schools, as we can’t meet the market inflation and can’t revise the salary to our poor and hardworking staff, in the backdrop of 7th pay commission”

The Committee said that most of the schools are under the financial burden and they have been waiting for education policy and resumption of 2006 government order, in order to gain stability. “During these few years of instability the schools survived only because of admission fee and this admission fee is our backbone. If the government removes it, anybody can guess what will happen next,” said Mushtaq Canny “Obviously schools will have no option but to close down”

Already during 2015-2016 year 152 private schools got closed. To stop private schools from charging one time admission fee from students as the same will crush the private sector and hurt the growth of education sector in a big way.

To resolve issues peacefully, Pak has to rein in militant groups: Govt