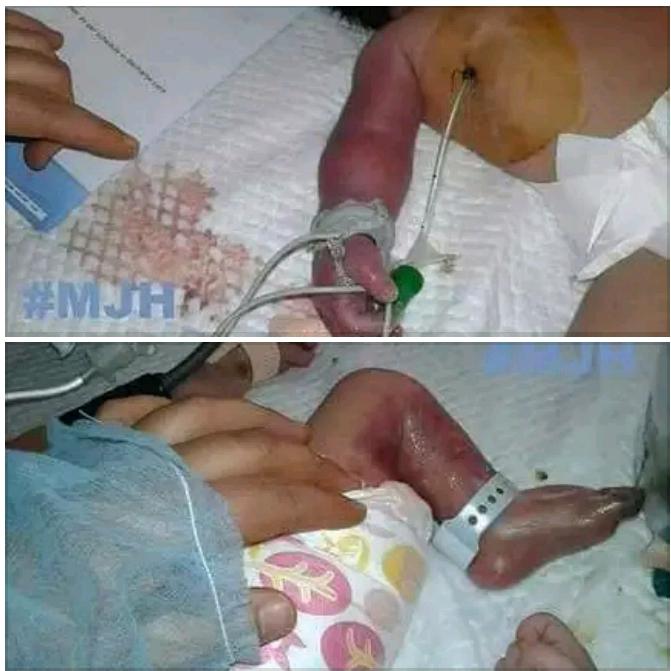 Srinagar: A family of Kreeri area in north Kashmir’s Baramulla district on Monday alleged that negligence of GB Pant Hospital staff has lead to the death of their new born baby.

According to family, the newborn girl died at the GB Pant hospital on February 3 after receiving serious burns in lower limbs due to callous attitude of the hospital staff as they didn’t look after the baby in the critical area during the night.”

“They left her unattended during the night when the heating blower was close to her. The continuous exposure to the heat resulted in serious burns to her lower limbs and her unfortunate death on Sunday,” Ajaz Ahmad Wani, her father said that.

He said the child was admitted to the Neonate ICU on February 1 after referred from Noora Hospital for specialised treatment.

“However, the father said, the family had been left in utter shock and distress due to the untimely death of their child.

Dr Kawarjeet Singh, the Medical Superintendent of the hospital denied the allegations and said the baby was suffering from a rare disorder that resulted in the skin redness and burn like marks.

“The baby was termanally ill and suffering from a rare disorder called Disseminated intravascular coagulation which resulted in blood clot in vessels. The baby didn’t receive any burns but the marks were due to the disorder,” he said.

Dr Singh said the hospital authorities are still inquiry into the families complaint.
“If anyone was found negligent in anyways will be dealt strictly,” he assured.

ICDS workers protest in Sopore against non-payment of salaries

7 officials placed under suspension in B’gam

Labourer drowns in Jhelum in Pulwama