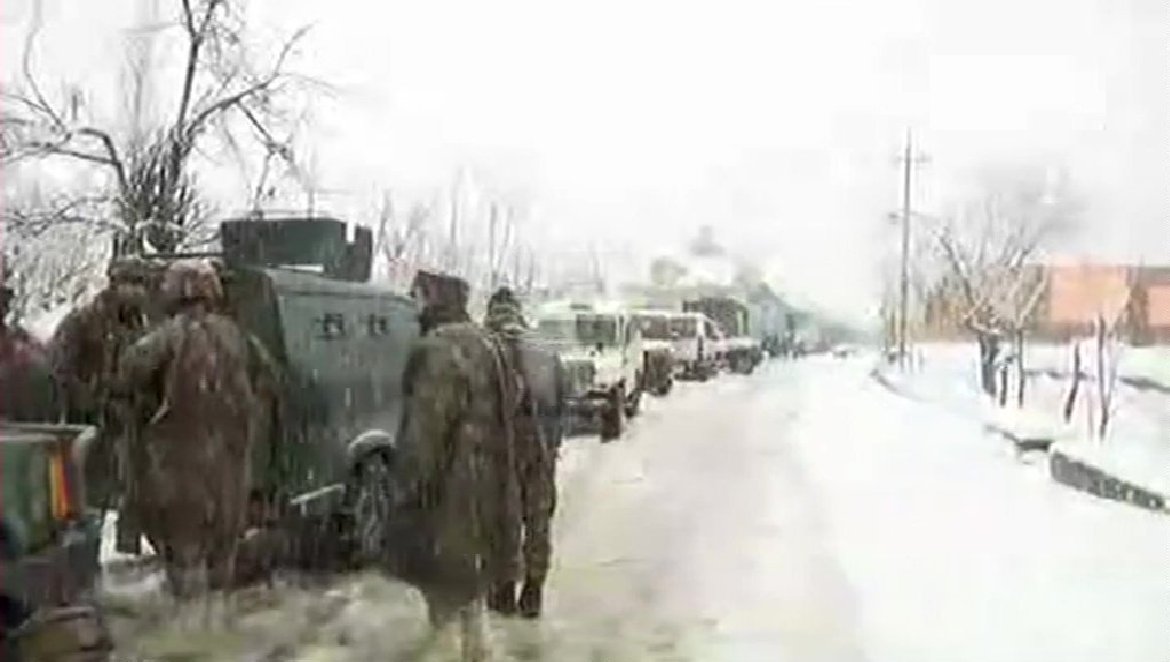 Local reports said that all exit and entry points were sealed as heavy contingent of forces laid siege to the village and conducted door to door searches in the area despite the snowfall.

An official said that the CASO was launched following inputs about the presence of militants in the area.

Pulwama Gunfight: One militant killed in brief exchange of firing