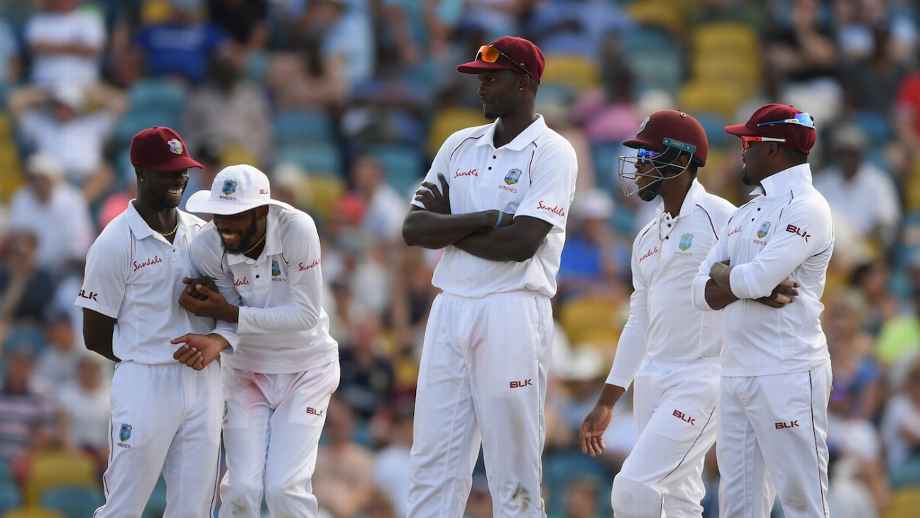 Jason Holder’s 202 in the first Test against England means he has scored a double-century and also taken ten wickets in a Test. How many people have done this? asked Ricardo Harrison from Barbados
A few months before Jason Holder scored that magnificent unbeaten 202 in Barbados, he took 11 for 103 in the match against Bangladesh in Kingston last June. Holder was the sixth to complete this particular double in Tests. Pride of place should perhaps go to the Indian allrounder Vinoo Mankad, who made two double-centuries (both against New Zealand in 1955-56) and also had two ten-fors – against England and Pakistan. Bangladesh’s Shakib Al Hasan might yet join him: he has got one double-century (217 against New Zealand in Wellington in 2016-17) and two ten-fors so far.

Wasim Akram took ten or more wickets in a match five times, and also hit a spectacular unbeaten 257 against Zimbabwe at Sheikhupura in 1996-97. Ian Botham managed four ten-fors, and clattered 208 against India at The Oval in 1982.

The most surprising name on this list is probably that of Australia’s Allan Border. It’s no shock to find he scored two double-centuries – one against New Zealand and one against England – but although he only took 39 Test wickets in all, 11 of them came in an upset win over West Indies in Sydney in 1988-89.

Is Jason Holder the tallest man to score a double-century in a Test?asked David Horton from England
Measuring in at 201 cm or 6′ 7″, Jason Holder does seem to be the tallest man ever to score a Test double-century. Players’ heights are sometimes inconsistently recorded – or not recorded at all – but I suspect he took the mark from Jason Gillespie, who stands 195 cm, or about 6′ 5″. The tallest Test centurion was probably Tony Greig, at around 6′ 7.5″ (202 cm). Tom Moodyand Jacob Oram were also imposingly tall, while “Two Metre Peter” Fulton of New Zealand scored his only two centuries in the same Test, against England in Auckland in 2012-13.

West Indies scored 306 in Antigua with only one score of 50. Are there any higher totals with no half-centuries at all? asked Alex McMaster from England
Darren Bravo’s hard-working 50 was the highest score of West Indies’ 306 against England in North Sound the other day, although three others got into the forties. There are two higher Test totals that didn’t include an individual half-century: England made 315 against West Indies in Port-of-Spain in 1985-86, when David Gower’s 47 was the highest individual score. And in Johannesburg in 2015-16, South Africa made 313 against England: everyone made it into double figures, but the highest score was Dean Elgar’s 46. ESPN

Fantastic time to be in entertainment business: Actress Nimrat Kaur