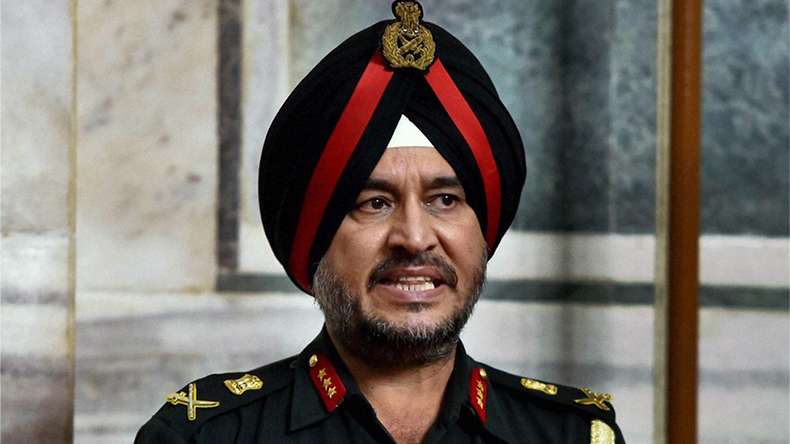 Udhampur, February 7 : The Army on Thursday said 450 militants were operating in Jammu and Kashmir and the militant infrastructure across the Line of Control (LoC) was intact with the full support of Pakistan as 16 militant camps were operating in the neighbouring country and Pakistan-occupied Kashmir (PoK).

“The number of militants is more on the north of Pir Panjal. Around 350 to 400 militants are active in the Kashmir valley. On the south of Pir Panjal (the Jammu region), there are 50 militants,” Northern Army commander Lieutenant General Ranbir Singh told reporters here.

He said most of the terrorists on the south of Pir Panjal were dormant.

“The security situation is stable on this side. However, the operations are mostly conducted on the north of Pir Panjal (Kashmir) as more militants are present there,” he added.

Lt Gen. Singh said the militant infrastructure was intact in PoK and Pakistan.

“It is sad that the militant infrastructure in PoK is still intact. The Pakistan Army, in its bid to support infiltration of militants from across the border, carries out ceasefire violations and certain tactical activities along the LoC,” he said, adding that 16 terrorist training camps were operating in PoK and Pakistan.

“They (militants) are being trained and then brought to the LoC. Then they infiltrate into Jammu and Kashmir. We are keeping these (activities) under surveillance,” the Northern Army commander said.

He added that 191 youngsters had joined militant groups in the Kashmir valley, but there was a relative decline in the number of people joining such outfits over the last few months.

“According to reports, 191 youngsters are reported to have joined militancy. Most of the recruitments took place up to the month of August. There was a relative decline in the number of youngsters joining militancy from October till now,” Lt Gen. Singh said.

He added that there were concerted efforts on the part of the Army to reach out to the youngsters and their parents and teachers so that they prevailed upon the youngsters not to join any outfit propagating terrorism.

“We hope that the youth engagement programmes will pay dividends in the months to come,” the Northern Army commander said.

Castigating the narrative being created that it was an indigenous movement, he said of the 836 militants killed in the state in the last five years, 490 were “Pakistani or foreign militants”.

Lt Gen. Singh added that there was a significant percentage of Pakistani militants, who were being used as cannon fodder and pushed into Jammu and Kashmir to cause casualties among Indian citizens.

However, the Army was taking action to arrest this trend, he added.

Undemocratic decisions to be revisited after Congress comes into power: G A Mir