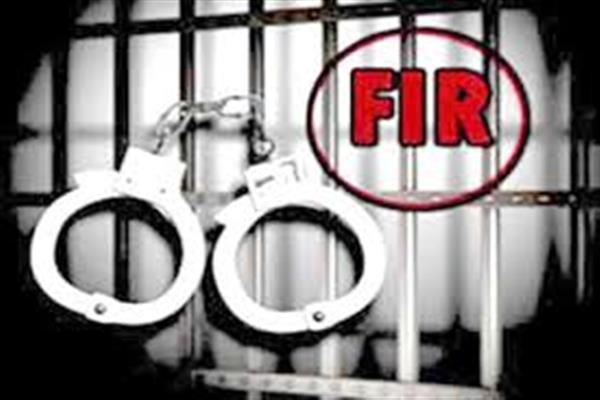 Srinagar, Feb 07 : Crime Branch Kashmir registered a case punishable U/S 420,466,120-B RPC, on the basis of communication received from Assistant Registrar J&K Special Tribunal, Srinagar.
The communication inter-alia reveals that a case titled Jalla and others V/S Ghulam Nabi and others was subjudice before the said tribunal.
The said case was decided by the then Member J&K Special Tribunal, Sgr, vide order dated 24.07.1996.
Subsequently an application was filed on behalf of respondents of above titled case namely Mohammed Ashraf Bhat & Zahoor Ahmed Bhat sons of Mst. Azizi, seeking therein quashment of the said order, for reasons of commission of fraud committed by the opposite party by insertion of word “and possession” in the said order.
On enquiry it has come to fore that insertion “and possession” has not been made by Member of the J&K Special Tribunal, who has passed and signed the said order, instead said insertion has been made by counsel of the petitioner party in order to render undue benefit upon the beneficiary party.
Pertinent to mention here that in the original order no orders were passed with regard to the possession of the suit land. (KNS)