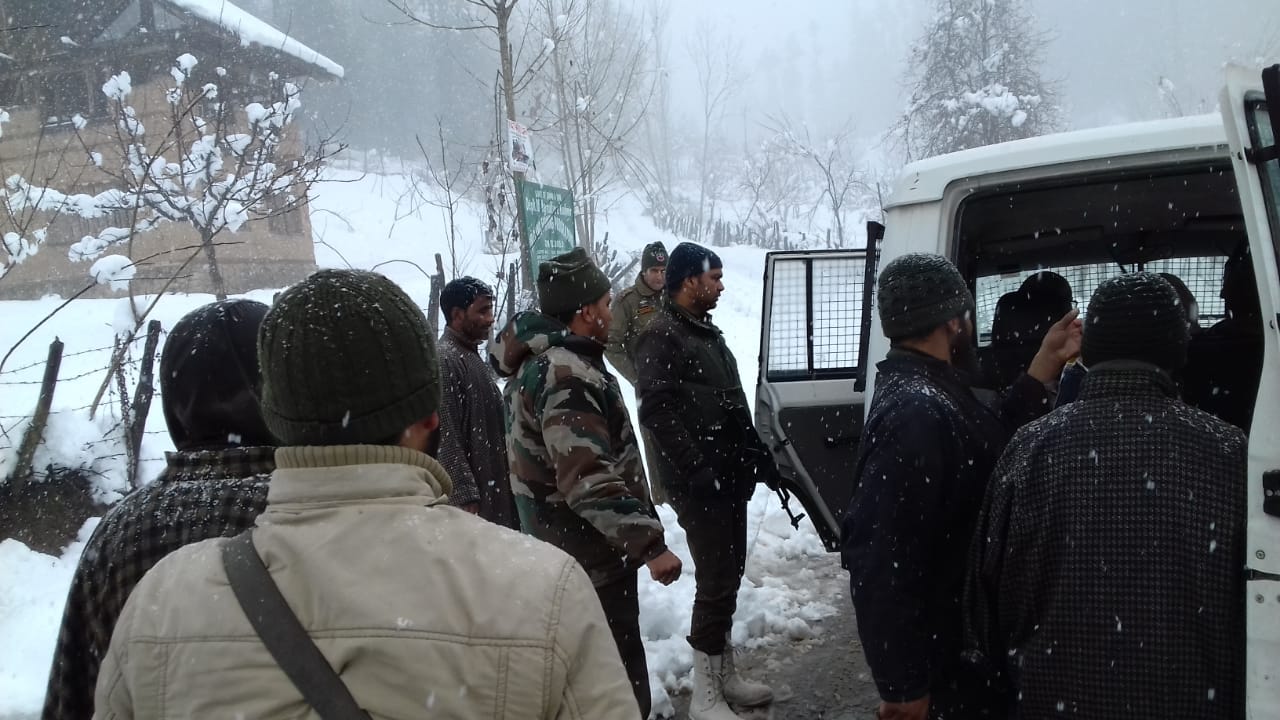 Eyewitness said that the lady was taken to SDH Dangiwacha in police Rashak Vehicle from the area.

“It was impossible for any vehicle to ply due to 3 feet snow accumulation on the road. But SHO Mudassir without any delay, took our patient in a police vehicle upto SDH Dangiwacha. We are very thankful to SHO and police,” a relative accompanying the patient said.

AIP is open to all kinds of probity and has nothing to hide : Er. Rasheed

DDC Shopian calls for improvement in education scenario in the district