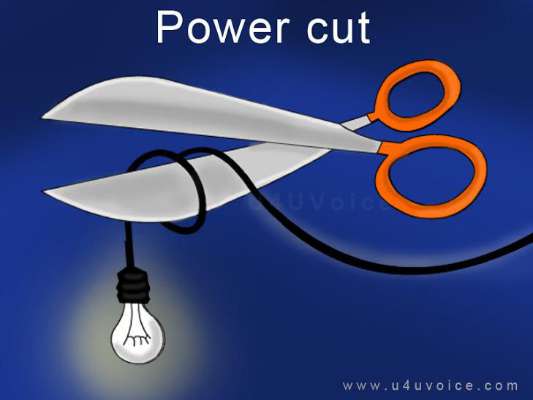 Srinagar, Feb 07 :  As the fresh snowfall draped Valley in white, the people from most of the areas complained of no electricity supply since this morning, saying that they are reeling under darkness either from last evening or this morning.
The people from different districts of Kashmir apprised news agency that no electricity was supplied to them from past several hours, thus causing immense hardships to them.
They said the claims of authorities regarding taking all the measures to tackle any situation in the backdrop of fresh snowfall that was predicted by local Meteorological department has proved hoax on the ground as the people are being forced to face hardships in absence of basic facilities.
The residents appealed authorities concerned to look into the matter and ensure adequate electricity across Kashmir in the bone-chilling days.
However, reports reaching  said that at least three transmission towers that came up recently in north Kashmir’s Bandipora district suffered damage due to the fresh snowfall.
Sources told that the snowfall caused huge damage to the three transmission towers in the district, thereby led to the absence of electricity in the villages there.
Meanwhile, Chief Engineer PDD, Hashmat Qazi told that against 1200 Mega Watts, the department is currently supplying 800 MWs, saying that barring three district areas including Budgam, Shopian and Kulgam, at least 80 percent of the electricity has been restored across Kashmir.
He added that the work for the restoration of electricity is going on. “The work is going on and it is expected that the electricity will be fully restored soon,” he said.
Qazi also added that electricity in City has been fully restored. (KNS)