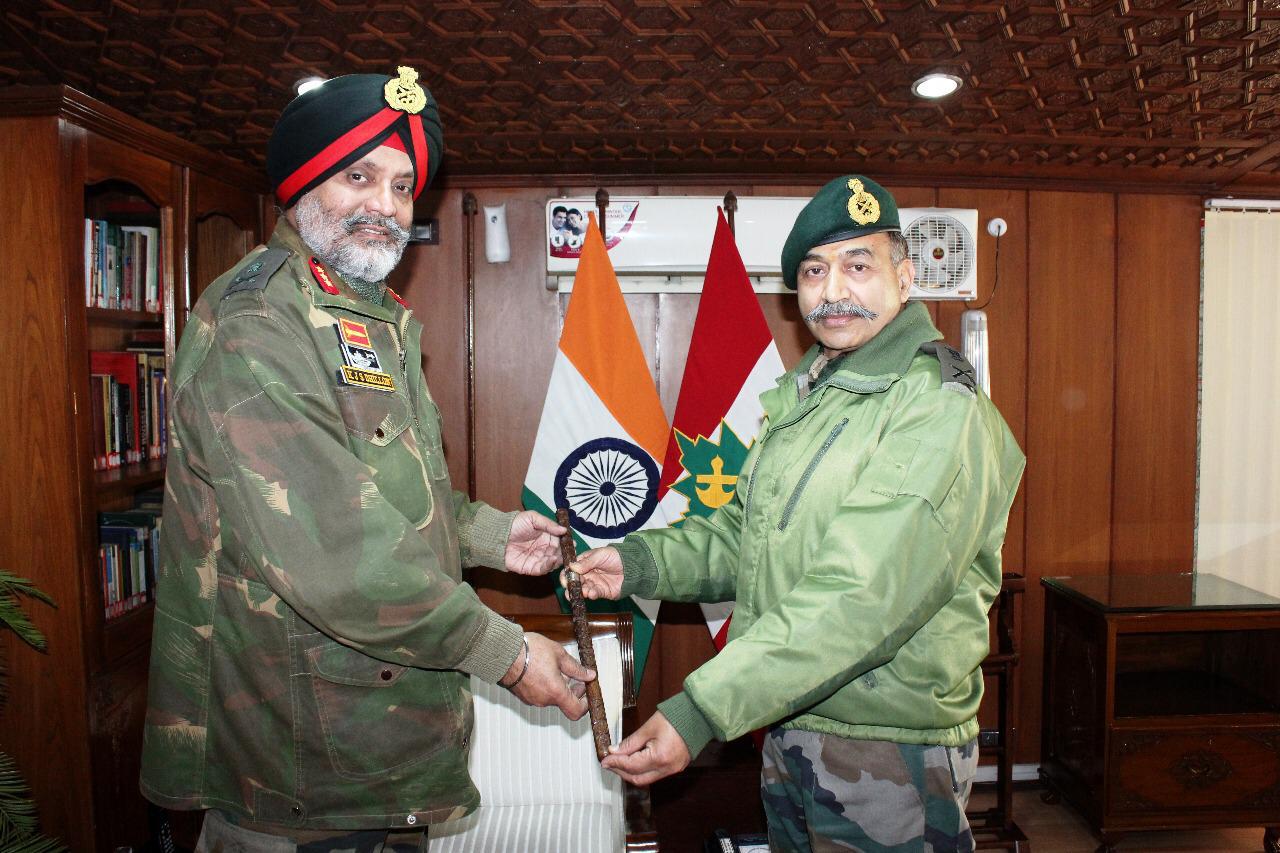 A befitting farewell was given to Lt Gen Bhatt who has moved to New Delhi as Military Secretary (MS) at Army Headquarters, a defence spokesman said in a statement.

“Lt Gen Bhatt’s tenure saw many successful operations neutralising the highest number of militants in a year over a decade, wherein 259 militants were eliminated and other 64 local militants were neutralised through apprehensions and surrenders,” the spokesman said.

“This achievement assumes a greater significance in view of imposition of Non-Initiation of Combat Operations during holy month of Ramzan, prolonged period of Amarnath Yatra for sixty days and peaceful conduct of Local Urban Bodies and Panchayat elections,” he said.

Along the Line of Control, the strategy of swift and robust punitive response to Pakistan’s ceasefire violations and other provocations proved to be effective, he said.

Engagement with Awaam, especially the youth remained a key focus area for General Bhatt. He had the well being of the Awaam close to his heart and gave impetus to improving the education infrastructure, coaching facilities, skill development, sports, youth and women empowerment, he said.

In his farewell message, Lt Gen Bhatt complimented all ranks of Chinar Corps for their dedication and thanked JKP, CRPF, BSF and other security forces, civil administration and the Awaam for their support, he said.

Lt Gen KJS Dhillon was commissioned in December 1983 and has had an illustrious military career spanning 35 years during which he has held varied prestigious command, staff and instructional appointments, he said.

The General officer has an incisive understanding of J&K, having served here for five tenures since 1988, notable being Sector Commander of Rashtiya Rifles and Brigadier General Staff of the Chinar Corps, he said.

Before taking over as the Chinar Corps Commander, the General Officer was tenanting the prestigious appointment of Director General Perspective Planning, he said.

On assuming the charge, Lt Gen Dhillon conveyed his greetings and best wishes to the Awaam of Kashmir and the entire Chinar Corps fraternity, he added.

Decline of Kashmiri saffron production: Farmers switch to other crops